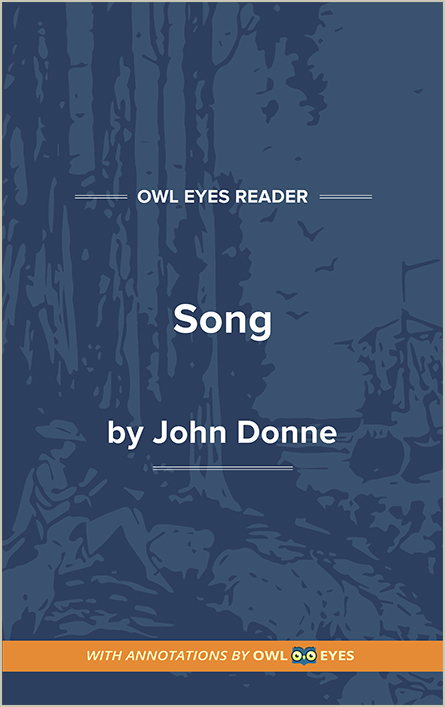 John Donne’s “Song,” also known as “Goe and Catch a Falling Star,” has long been considered an exemplar work of the early modern poet. In it, the speaker uses allusions to mythology, adventure language, and hyperbole to make the audacious claim that an honest women is as unlikely as a mythological creature. While the poem demonstrates Donne’s clever rhetorical structures and poetic art, the subject matter should give modern readers of the canon a moment of pause. While satire or humor could have been Donne’s original intention, his relentless insistence in the duplicitous nature of women undermines the credibility of his speaker. Rather than being left with a distrust of women that the speaker was hoping for, readers should see the speaker as a scorned, paranoid misogynist committed to hyperbole.