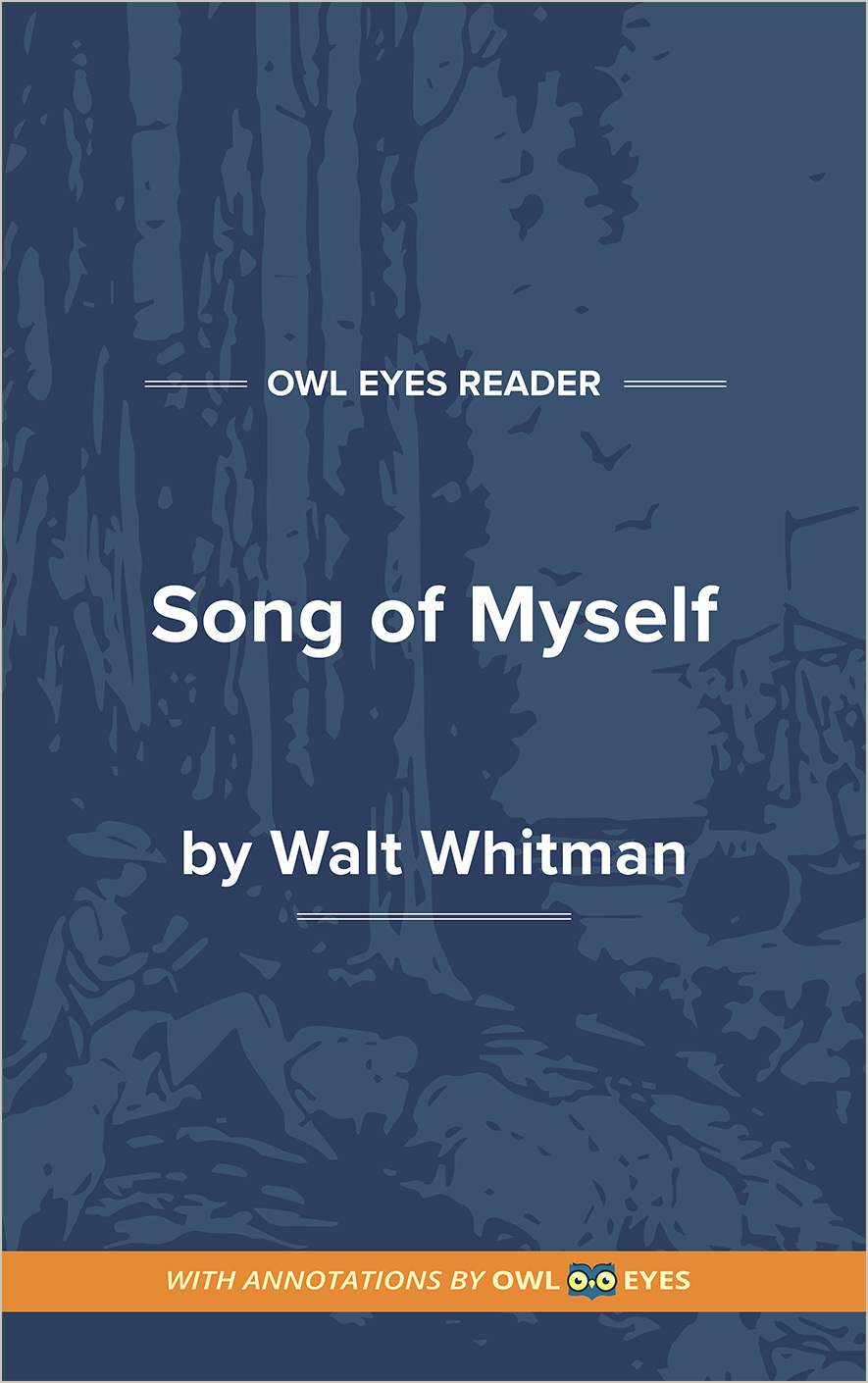 Walter Whitman was born at West Hills, near Huntington, Long Island, May 31, 1819, the second child of Walter Whitman and Louisa Van Velsor, of English and Dutch descent. The father, a farmer and carpenter, had difficulty supporting his large family, which grew to nine children, though one died in infancy. In 1823 he moved to Brooklyn, where Walt, his only son ever to show marked ability, received a meager public school education, learned the printing trade, became a journalist, and finally became a poet.

After teaching school on Long Island and starting and abandoning a newspaper, the Long Islander, Walt Whitman worked as a printer in New York City and at twenty-three edited a daily paper, the New York Aurora. Returning to Brooklyn in 1845, he worked on the Long Island Star and for two years edited the Brooklyn Eagle, from which he was dismissed because of his editorial defense of the “free soil” faction of the Democratic Party. For three months in 1848 he was employed on the New Orleans Crescent but again returned to Brooklyn and for a few months edited a free soil paper called the Freeman. Thereafter for five years he built and sold houses and dabbled in real estate. He did not edit another paper until 1857, when he took charge of the Brooklyn Times for approximately two years.

While employed as printer, journalist, and editor, Whitman published sentimental poems and stories in newspapers and magazines, but he first became a serious poet when he printed at his own expense the first edition of Leaves of Grass in 1855. The book’s transcendental theme of seeking life experiences in nature was acclaimed by Ralph Waldo Emerson and a few others but was mostly ignored or denounced as unpoetic because the lines did not rhyme or scan, or as indecent because of the frank language. Undaunted, the poet brought out a second edition in 1856 and a third in 1860. The latter was published by Thayer and Eldridge in Boston, but the outbreak of the Civil War bankrupted this firm, and Whitman did not have another commercial publisher until 1881.

He participated in the war by ministering to the wounded, writing accounts for the New York and Brooklyn newspapers, and composing his Drum-Taps poems, which he printed in 1865. Whitman spent long hours in the hospitals helping the wounded veterans. He visited them regularly, comforting the sick and the dying and writing long letters for them to their worried and bereaved families. After the assassination of President Abraham Lincoln, Whitman wrote what were to become his two best-known poems, “O Captain! My Captain!” and “When Lilacs Last in the Dooryard Bloom’d,” which he included in an annex to the second issue of Drum-Taps. From 1865 until 1873, when he suffered a paralytic stroke, he was employed as a government clerk in Washington. His mother having died in 1873, for several years he lived with his brother George in Camden, New Jersey, a “battered, wrecked old man.” Although partially disabled for the remainder of his life, he recovered sufficiently to make some trips—several to New York, one as far west as Denver in 1879, and another to Canada the following year.

In 1881 James Osgood, a respected Boston publisher, issued another edition of Leaves of Grass but stopped distribution after the poet refused to withdraw several lines (for a new printing) which had provoked the threat of criminal prosecution. Whitman secured new publishers in Philadelphia, first Rees Welsh and Company, then David McKay, who thereafter remained his publisher during his lifetime. In 1882 McKay published Specimen Days and Collect, a volume of prose containing sketches of the poet’s early life, experiences in the hospitals, and old-age diary notes. November Boughs, 1888, also contained some prose and an important literary apologia, “A Backward Glance o’er Travel’d Roads.” With the income from the 1881 edition of Leaves of Grass Whitman was able to buy a small house for himself in Camden, on Mickle Street, which soon...