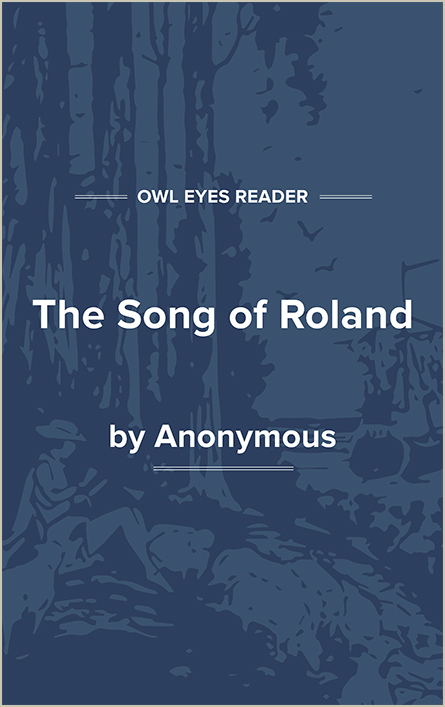 Duggan, Joseph J. A Guide to Studies on the “Chanson de Roland.” London: Grant and Cutler, 1976. A useful bibliographic source.

Haidu, Peter. The Subject of Violence: The “Song of Roland” and the Birth of the State. Bloomington: Indiana University Press, 1993. Analyzes The Song of Roland as a “beginning moment” in the genealogy of Western culture, a time when Western subjectivity arose alongside a new image of the social body. Haidu combines narrative semiotics and sociocultural history to explain how this change is reflected in the Roland text.

Reed, J. “The Passage of Time in La Chanson de Roland.” The Modern Language Review 87, no. 3 (July, 1992): 555-567. Analyzes the obvious and submerged references to the passage of time in The Story of Roland and concludes that the poem spans a period of thirteen days.

Short, Ian. “La Chanson de Roland.” In the New Oxford Companion to Literature in French, edited by Peter France. Oxford, England: Clarendon Press, 1995. A thorough discussion and interpretation of the epic. Discusses the historical context for the work, as well as describing variations among the extant sources.

Vance, Eugene. Reading the “Song of Roland.” Englewood Cliffs, N.J.: Prentice-Hall, 1970. Analyzes Roland as a legendary character and discusses the work in the context of French epic poetry. Includes bibliography.