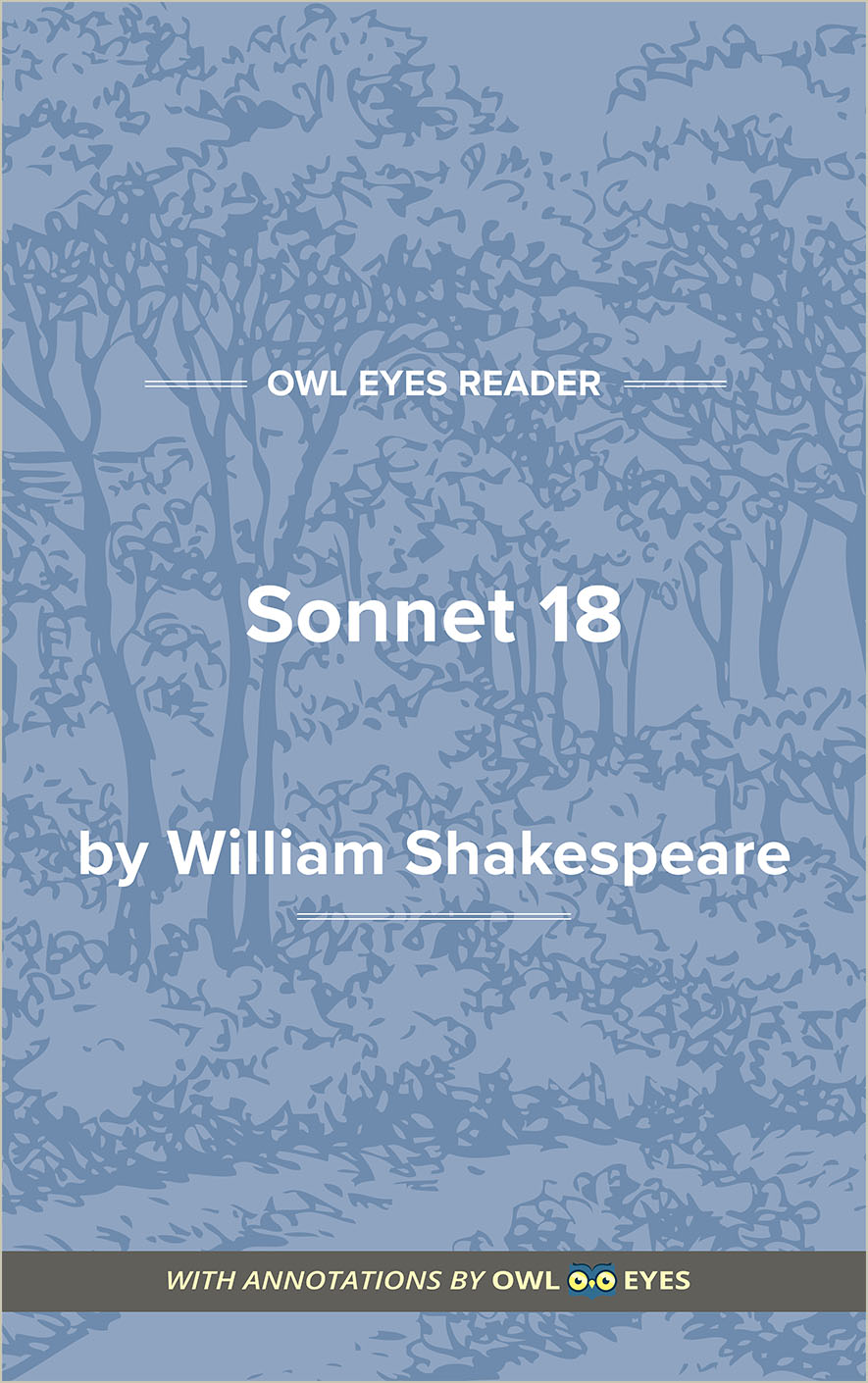 This sonnet marks a turn in the sonnet sequence in which Shakespeare transitions from the procreation sonnets to sonnets that claim his verse can create immortality. The speaker of Sonnet 18 begins by questioning whether or not he should follow the Petrarchan trope of comparing the beloved to a summer’s day. He decides that his beloved is much more lovely and temperate than a summer’s day, which has violent winds and a too hot sun. The speaker returns to the idea that summer and youth are ephemeral. However, unlike the procreation sonnets, in which he claims that the youth can avoid death by procreating, this sonnet begins a new argument. In the final lines of this poem, the speaker claims that his words will preserve the youth in eternity; the poem itself will protect the youth from time and aging.