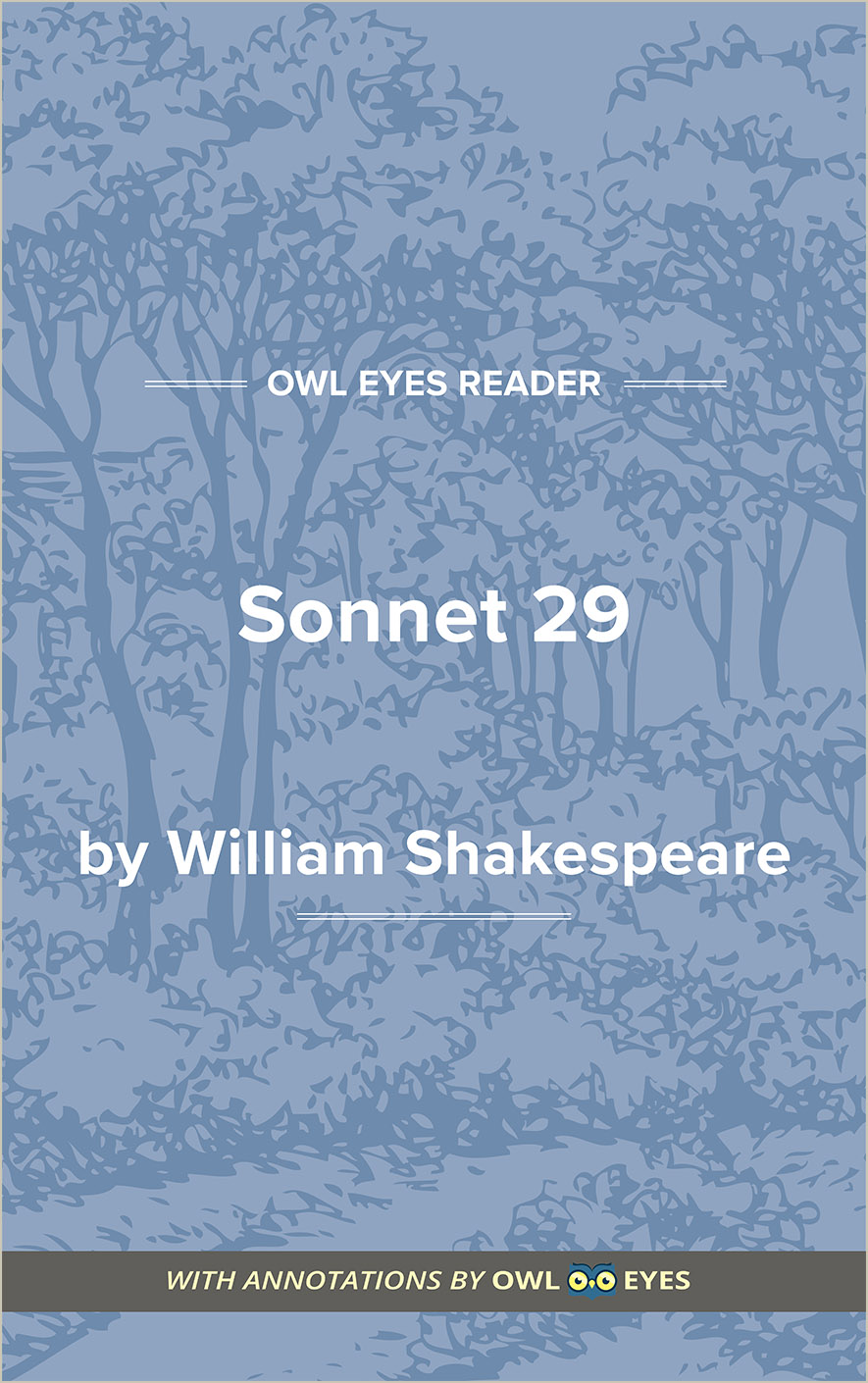 The shift from the third quatrain to the final couplet marks a breakthrough in the speaker’s perspective. The speaker, in his state of deep lack, locates the one thing he does have: his love for the fair youth. In the final couplet, he raises and expands “thy sweet love” to a value above the state of “Kings.”

“Bootless” means hopeless or useless. It invokes connotations of poverty and a lack of material possessions. In characterizing his “cries” to heaven as “bootless,” the speaker suggests that his cries go unheard because they are poor, impoverished, or lacking. This claim is slightly ironic, however, as the Christian tradition believes that a lack of material wealth makes a person more pious and close to God. Despite the spiritual backdrop of poverty equating to piety, the speaker’s lack of material or social wealth does not afford him any religious salvation. As will become clear later in the poem, he sees the love object as redemptive.

“Disgrace” in this context evokes both religious and political meanings. To fall from grace in God’s eyes is when one’s sinful nature casts them out of an Edenic state. In a political context, it means to lose one’s position of favor, generally though an impropriety that causes the Queen to take away titles or privileges. The speaker uses this word to show that his faults have made him fall out of both social favor and moral character.