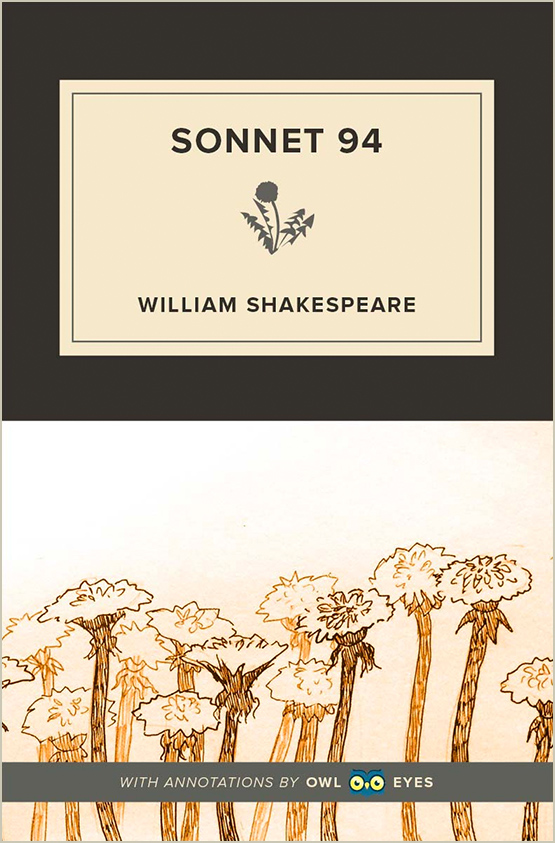 The phrase “by their deeds” connects the souring of the lilies to the theme of righteous actions. A central topic in Christian theology is the question of whether it is personal faith or good works that place one in alignment with God. In this line, the speaker takes the position that it is one’s works, or “deeds,” that determine one’s value. It is those given the most from heaven who have the greatest responsibility to behave morally.

Further developing the aristocratic metaphor, the speaker discusses the different ways in which beautiful people can cultivate their gift. He proposes two options, presenting them through metaphors of land ownership. In medieval and Renaissance Europe, the vast majority of wealth belonged to landowners. As the speaker phrases it, those who practice self-control are like “lords and owners of their faces,” not allowing their beauty to be used by others.