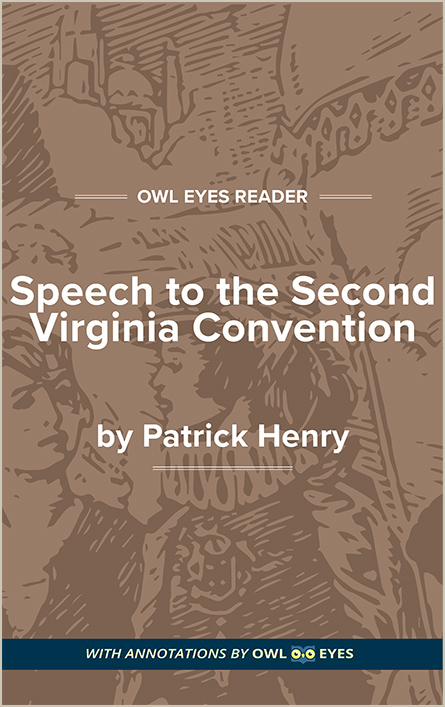 Speech to the Second Virginia Convention

When Patrick Henry delivered his famous “Give Me Liberty or Give Me Death” speech, the American Revolution was almost underway: colonists had begun preparing for war, and delegates had met several times in the Virginia Conventions. During the second convention at St. John’s Church in Richmond, Virginia, Patrick Henry delivered his speech, providing one of the necessary final pushes for revolution. With impassioned and decisive rhetoric, Henry urged his audience of 120 delegates to free themselves from their ties to Britain and proposed the rallying of a militia. Since Henry’s speech was neither drafted in advance nor recorded verbatim, biographer William Wirt reconstructed the speech from interviews and witness testimony. According to Wirt’s research, a Baptist minister in attendance described Henry as having “an unearthly fire burning in his eye.” Thanks to Henry’s zealous rhetoric, the majority of delegates voted in favor of war. The American Revolution would officially commence about three weeks later, on April 19, 1775, in Lexington and Concord, when British soldiers and the colonial militia would fire “the shot heard round the world.”