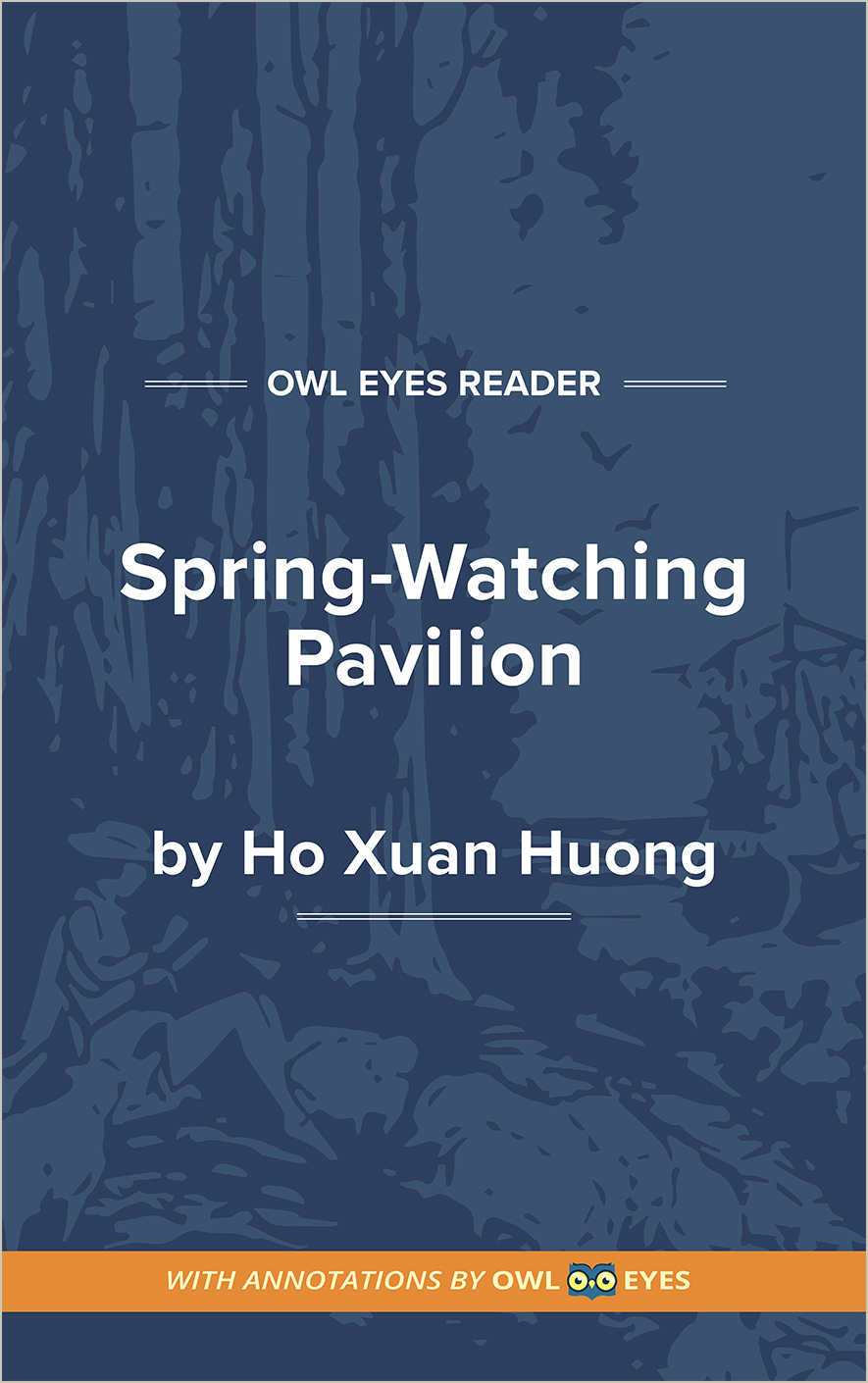 In Buddhist thought, “nirvana” is the stated spiritual goal. It comes from a Sanskrit word which means “blown out,” as in a blown-out lamp. One who has reached nirvana has transcended the worldly cycles of desire and fear which motivate human action and cause suffering.

The “bell tolls” are drawn from a common ritual practice in Buddhism: the ringing of bells represents the voice of the Buddha and reminds practitioners of the “Dharma,” the traditional laws. Buddhism—specifically Mahayana Buddhism—is the spiritual tradition which Ho most directly draws on and critiques.

Ho Xuan Huong lived during a period of civil war in Vietnam. The image of “wordly dust” brings up the additional image of marching armies kicking up “dust” across Vietnam.