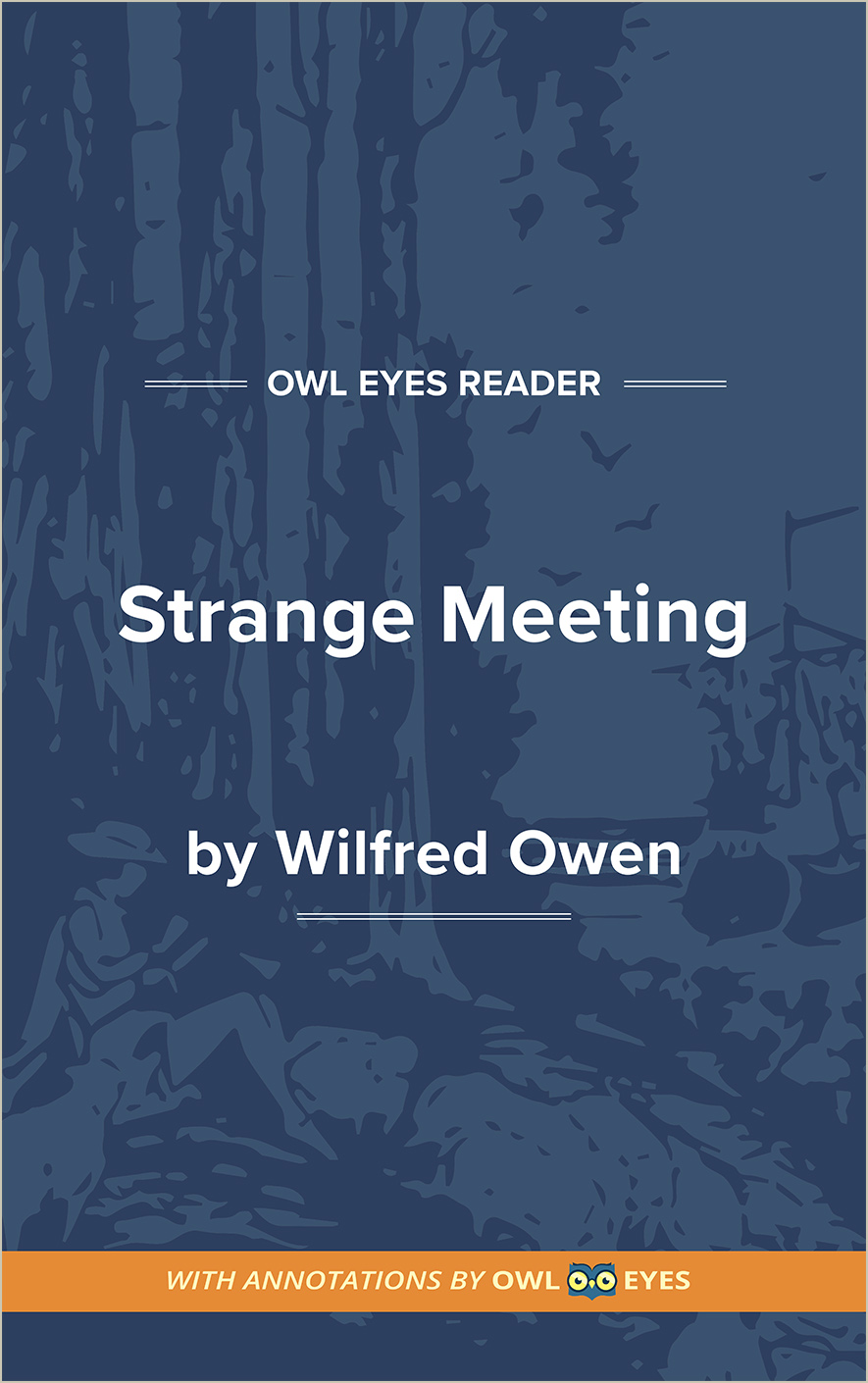 A celebrated soldier-poet of World War I, Wilfred Owen experienced the horrors of war while fighting in France as a lieutenant in Britain’s Manchester Regiment. He was awarded the Military Cross for bravery in October 1918 and died in combat the following month. Written in 1918, “Strange Meeting” was published in 1920 in the first collection of Owen’s poems; edited by fellow soldier-poet Siegfreid Sassoon, the book established Owen as a gifted poet and a leading anti-war voice of his generation. In its strong anti-war message and ironic conclusion, “Strange Meeting” mourns the tragic and senseless waste of young lives.