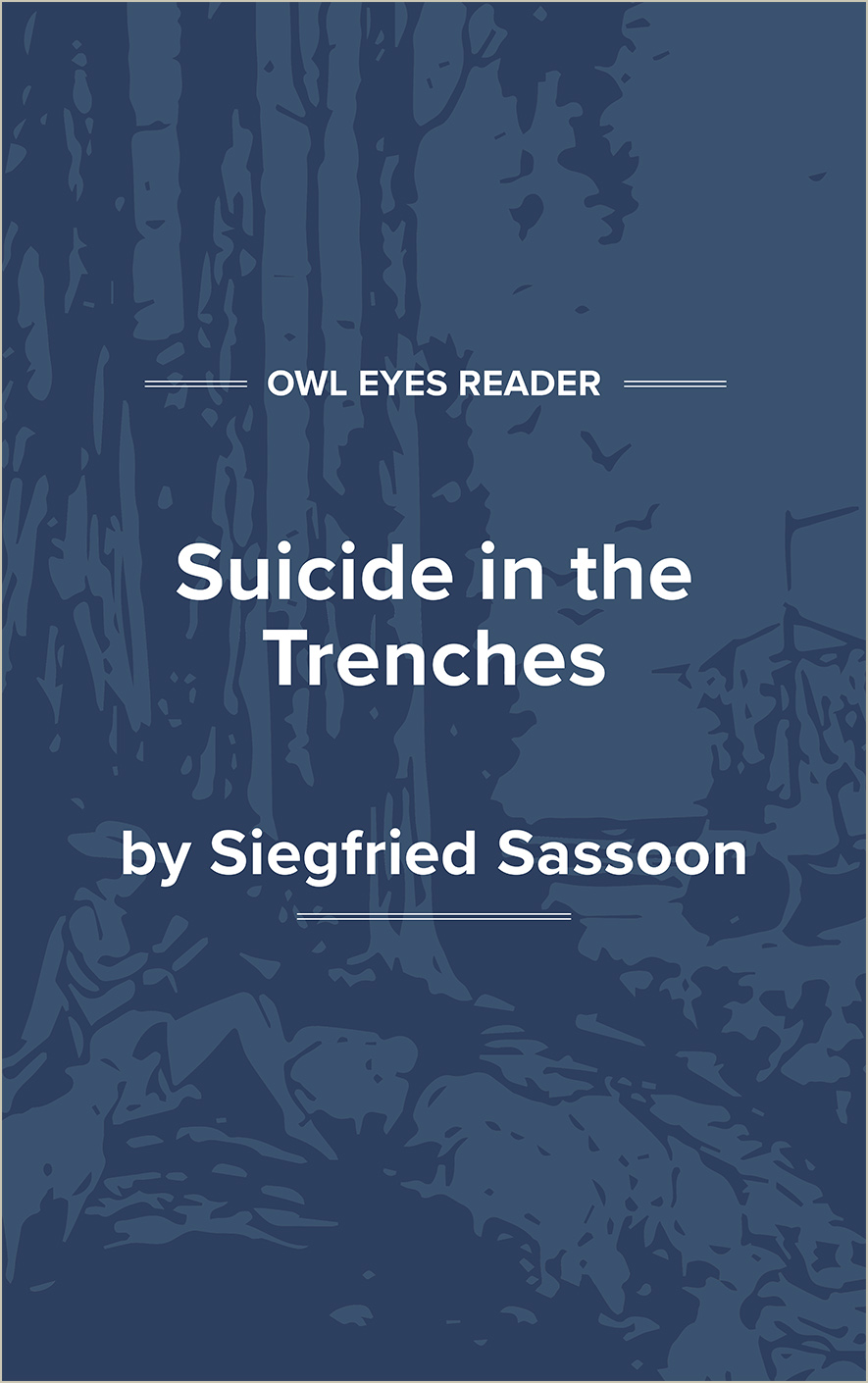 Themes in Suicide in the Trenches

Themes Examples in Suicide in the Trenches:

"Sneak home and pray you'll never know The hell where youth and laughter go..."  See in text (Text of the Poem)

Sassoon points out to his civilian readers that they truly do not understand, nor do they want to understand, the horrors of war that claim "youth and laughter."

The speaker brings up another sad reality of war: when a soldier dies or is killed, it is as if he no longer exists.

"I knew a simple soldier boy Who grinned at life in empty joy..."  See in text (Text of the Poem)

The opening lines of this powerful anti-war poem establish the tension between the innocence of the boy-soldier new to war and the boy, later on, whose innocence has been crushed by experience.