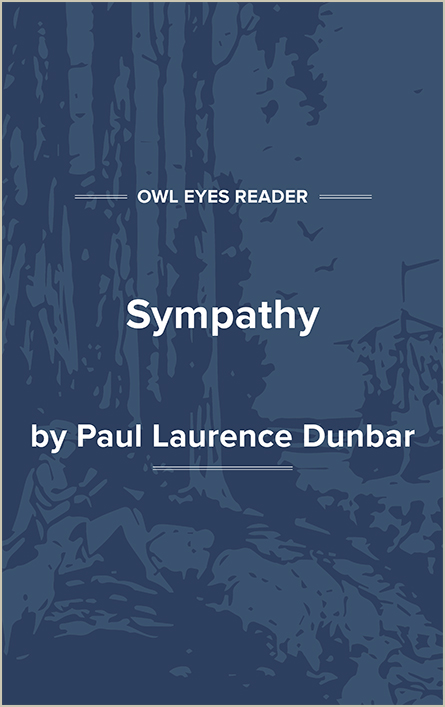 Paul Laurence Dunbar was born in Dayton, Ohio, on June 27, 1872, the son of Joshua and Matilda Glass Burton Murphy Dunbar, former slaves from Kentucky. Matilda Dunbar had two sons, William and Robert Murphy, by a previous marriage to R. Weeks Murphy prior to the emancipation; Paul Laurence Dunbar, born shortly after Matilda’s marriage to Joshua Dunbar, was the only child that Joshua and Matilda had together.

Dunbar’s parents were divorced when he was still a small boy, and his father died when Dunbar was twelve. After her two older sons left home, Matilda Dunbar focused all of her attention on young Paul. Not only did she teach him to read, but she also exposed him to a number of literary works. More important, both mother and father passed on a number of stories from slavery days. These stories triggered a strong interest and imagination in Dunbar and became the basis for his most popular and enduring works.

Dunbar’s interest in writing dated back to his high school days at Dayton’s Central High School. Although he was the only black student in his class, he was immensely popular. Dunbar’s first published poem appeared when he was about sixteen years old, and as he continued publishing, he also became class president, editor of the high school newspaper, class poet, and president of the literary society. In addition, Dunbar founded the short-lived Dayton Tattler, a newspaper which reported news of Dayton’s black community.

Because of a lack of funds, Dunbar was not able to attend college upon his graduation from high school in 1891; instead, he accepted a job as an elevator operator in the Callahan Building in downtown Dayton. This was one of very few reasonably respectable jobs open to African Americans at the time. For his services, Dunbar earned only four dollars per week, but the job gave him plenty of time to read and write poetry and to write articles which he published in various newspapers. In addition, Dunbar wrote several short stories during this period.

Shortly before Dunbar’s twentieth birthday, he got the break that brought him to the attention of the literary establishment and launched his career as the United States’ foremost black poet. At the invitation of Helen Truesdale, Dunbar’s former English teacher, he gave the welcoming address for the Western Association of Writers, then meeting in Dayton. The members were so impressed by Dunbar’s eloquence and talent that he was asked to become a member of the association and was much praised by writers James Newton Matthews and James Whitcomb Riley.

Later in 1892, Dunbar’s friend and high school classmate Orville Wright encouraged him to publish a collection of his poems. Oak and Ivy, a collection of more than fifty poems, appeared early in 1893, published by Dayton’s United Brethren Publishing House. The volume contained Dunbar’s early dialect poems and sold reasonably well. To further his career and widen his audience, Dunbar began giving poetry readings throughout Ohio and later moved to Chicago, where he met a number of other important African Americans, including Frederick Douglass, who had gathered for the occasion of the 1893 World’s Columbian Exposition.

Upon returning to Dayton, Dunbar resumed his job as elevator operator and continued writing poems, a number of which appeared in his second volume, Majors and Minors, in 1895, along with several previously published poems. Majors and Minors received a glowing review from the novelist and influential critic William Dean Howells, which guaranteed Dunbar’s acceptance among the literary establishment of the United States. Later that year, he signed a contract with Dodd, Mead to publish