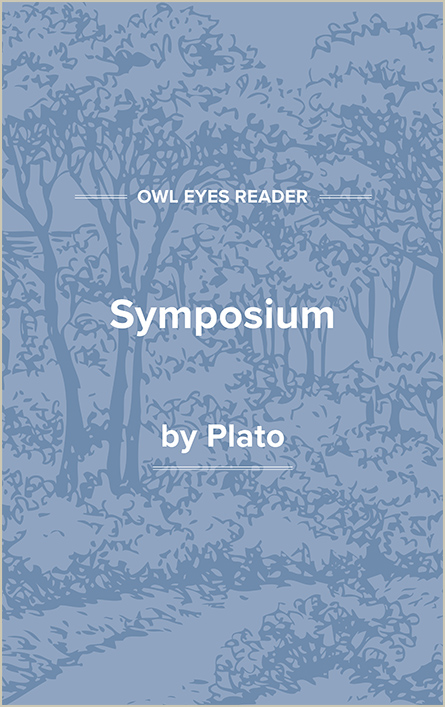 Of all the works of Plato the Symposium is the most perfect in form, and may be truly thought to contain more than any commentator has ever dreamed of; or, as Goethe said of one of his own writings, more than the author himself knew. For in philosophy as in prophecy glimpses of the future may often be conveyed in words which could hardly have been understood or interpreted at the time when they were uttered (compare Symp.)—which were wiser than the writer of them meant, and could not have been expressed by him if he had been interrogated about them. Yet Plato was not a mystic, nor in any degree affected by the Eastern influences which afterwards overspread the Alexandrian world. He was not an enthusiast or a sentimentalist, but one who aspired only to see reasoned truth, and whose thoughts are clearly explained in his language.