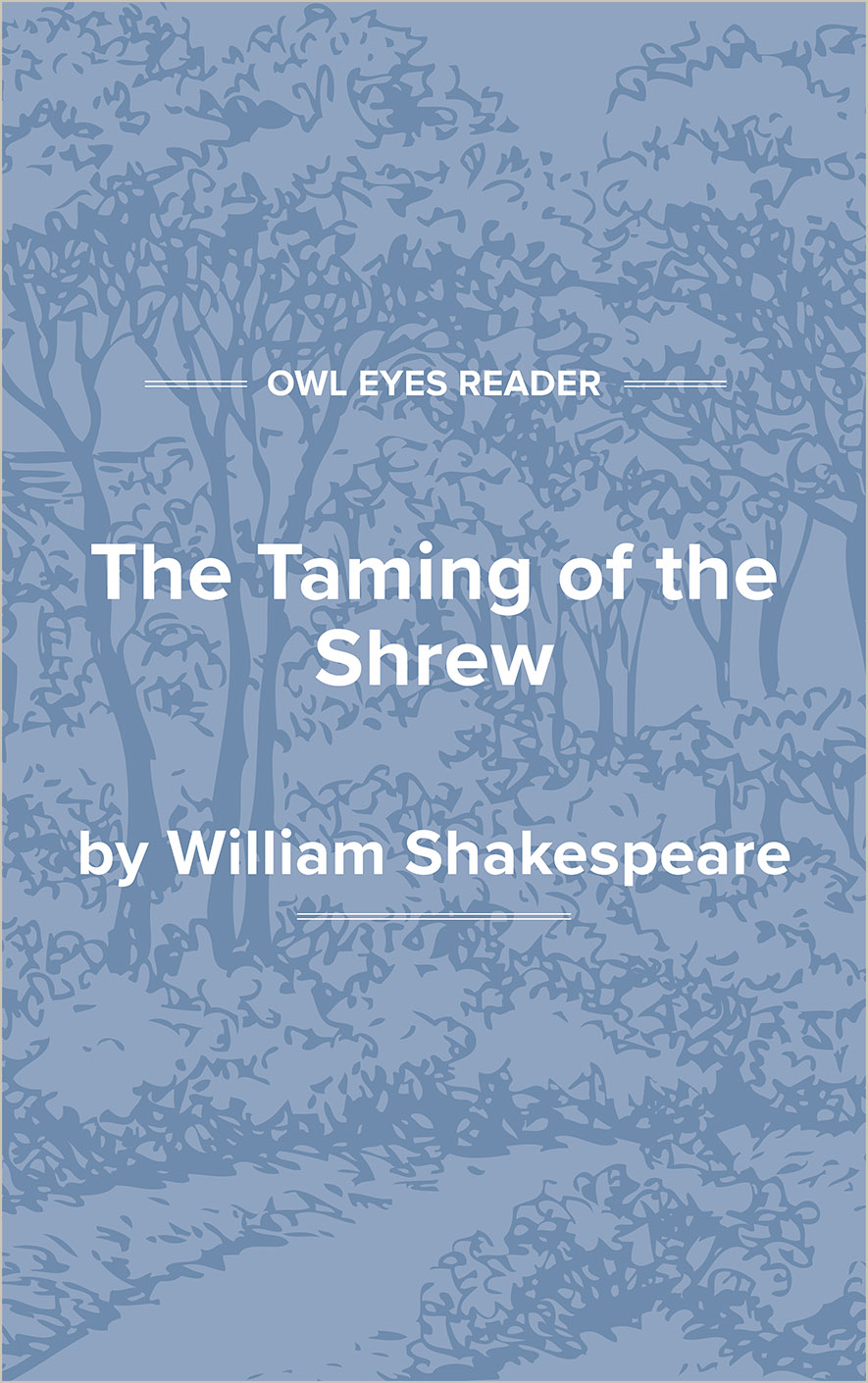 Literary Devices in The Taming of the Shrew

Literary Devices Examples in The Taming of the Shrew:

This now common saying became popular with this play. "Budge" was either not a verb, or not a commonly used verb before Shakespeare used it here to mean "stir or move." Sly represents a drunken playgoer who London's magistrates often complained about. Sly indulges in all of the corruptions associated with the theater and illicit entertainment outside the city walls, such as bear baiting and whorehouses. In this way, Shakespeare begins his play making fun of some of his audience members by including this character.