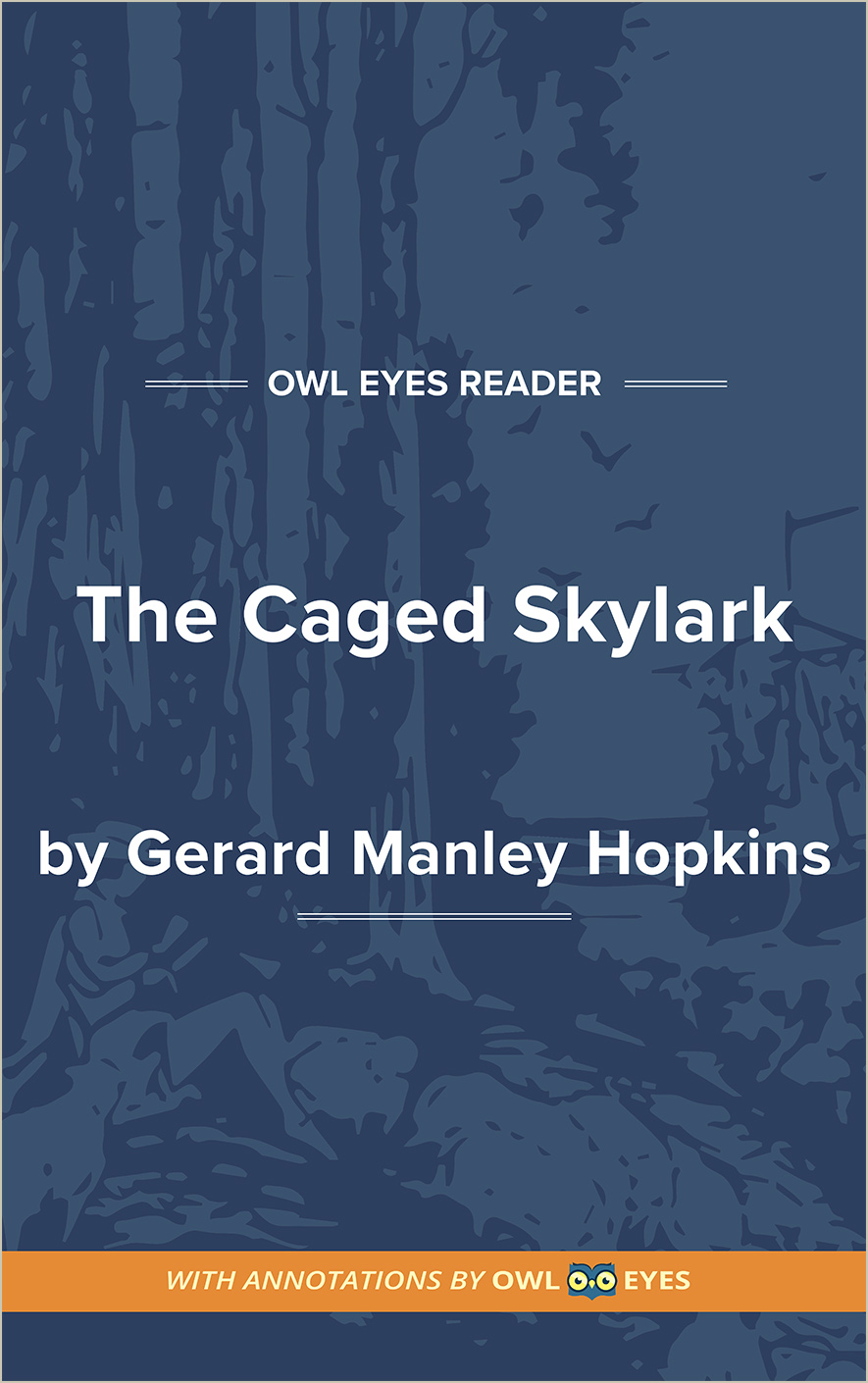 Allusion in The Caged Skylark

Allusion Examples in The Caged Skylark:

“Uncumberèd” means not encumbered—not hindered, obstructed, or weighed down. The idea of the soul’s being “flesh-bound” (still dwelling in the body) but not encumbered by the body is paradoxical in the context of the sonnet’s octave; however, the paradox is explained in the final line of the sestet. “His bónes risen” is an allusion to the Christian belief in the resurrection of the body after death, its transformation, and ascent to eternal life in heaven.

"This in drudgery, day-labouring-out life's age...."  See in text (Text of the Poem)

The phrase is an allusion to a line in John Milton’s “Sonnet 19: When I consider how my light is spent”: “‘Doth God exact day-labour, light denied?’” In the context of Hopkins’s poem, with the soul’s being confined within the body, living is reduced to working day after day until the end of one’s life. The work is “drudgery,” defined as hard, monotonous, or routine work. The allusion and the diction in this line underscore the idea that like the skylark, humans are caged until their spirits are set free.