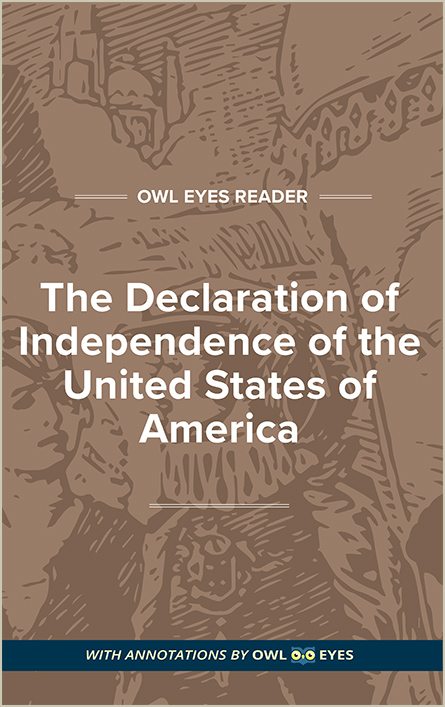 Metaphor Examples in The Declaration of Independence of the United States of America:

Text of the Declaration

"swarms of Officers..."  See in text (Text of the Declaration)

Jefferson’s inclusion of the locust metaphor—“swarms of Officers [...] eat out their substance”—stands out in the otherwise straightforward declaration. This metaphor strongly expresses the abuses and frustrations the colonies have endured under the king, and by casting it in a more accessible metaphor, Jefferson appeals to his audience’s emotions, stirring their sense of injustice.