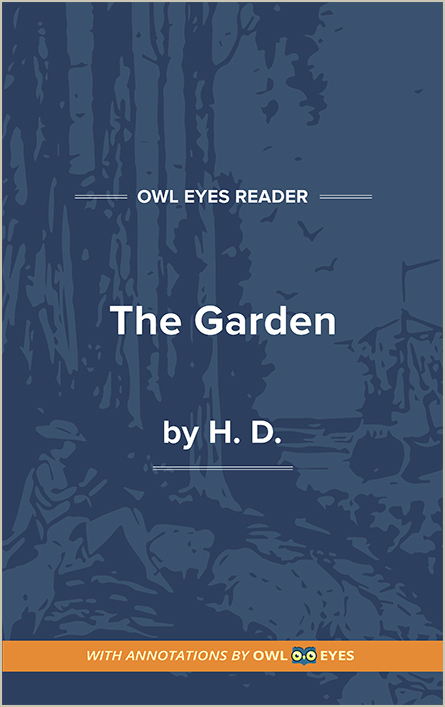 Historical Context in The Garden

H.D.’s Legacy: H.D. was very open about her bisexuality, dating both men and women during her lifetime. After her death in 1961, her works were rediscovered by members of feminist and LGBT movements, who claimed H.D. as an icon. Some scholars have reread her work through a feminist lens and found new meanings. In the case of “The Garden,” a feminist critique would identify the force rendering the speaker immobile as the stifling air of patriarchy. The poem was interpreted as a commentary about oppressive forces on marginalized groups.

Historical Context Examples in The Garden:

H.D.’s poetry is an example of Imagism, a literary movement in the early 20th century that used sharp language to create clear images. Imagists would focus on all of the elements and details of a single object in order to capture the object’s essence. Here, the speaker describes this rose using metaphors and sharp language to reveal an unseen essence: the rose is hard, strong, and resilient even though it is perceived as delicate.