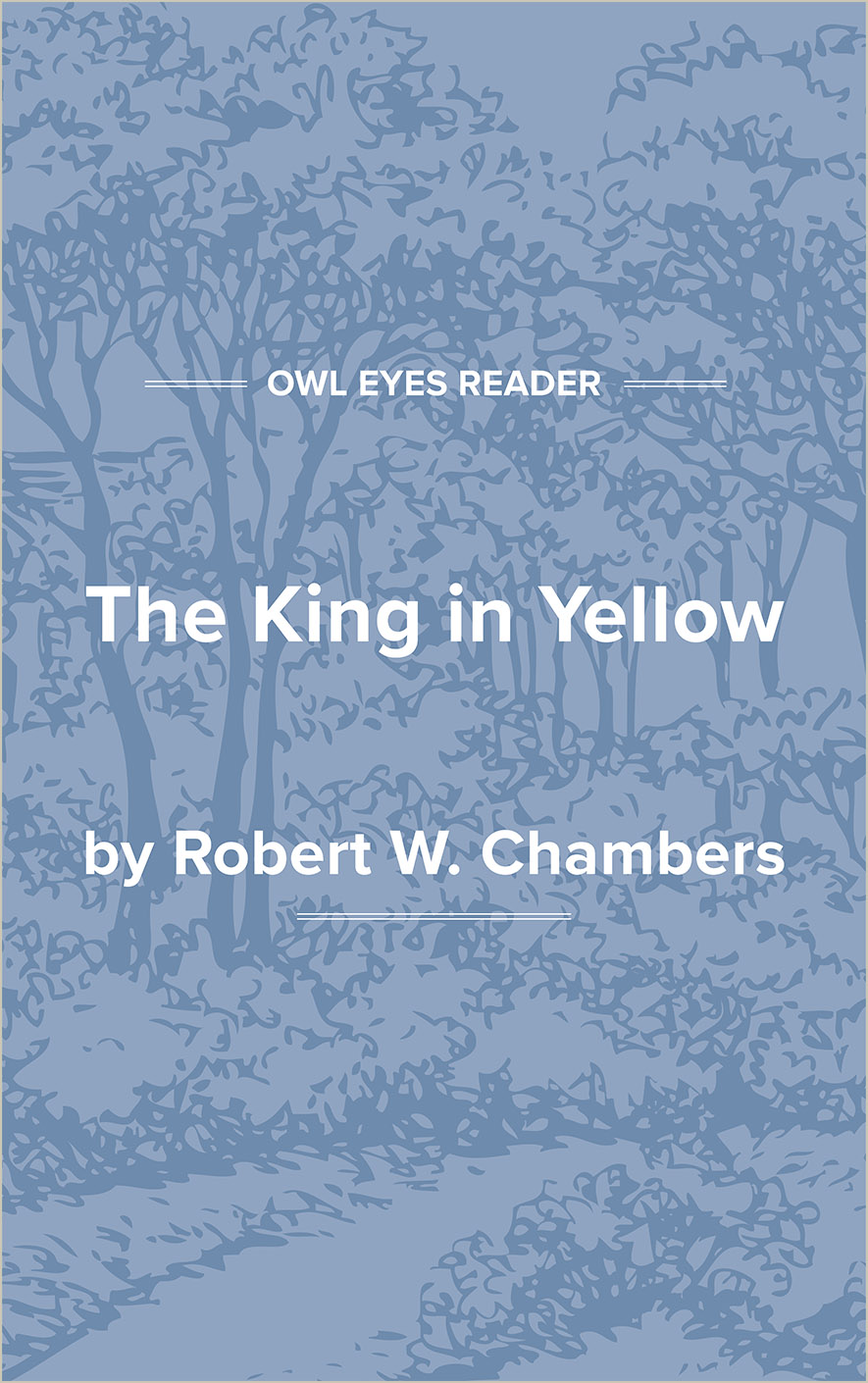 The King in Yellow

Originally published in 1895, The King in Yellow by Robert Chambers is a highly esteemed and strange collection of stories. It takes its title from a fictional play that features in Chambers’ story, which has the same title. Over the course of the stories, readers discover that the second act of this play causes madness or despair when read. The stories thus adopt supernatural, absurd, and eerie themes and events. The King in Yellow and his yellow sign are portrayed as malevolent forces which remain mysterious readers. Chambers took the name Carcosa from a short story by Ambrose Bierce entitled “An Inhabitant of Carcosa,” though there is not a strong connection between the content of this story and the short stories in this collection. The main characters of Chambers’s stories are often artists or decadents in 19th-century France who are considered morally or socially questionable by traditional standards. “The Mask,” “The Yellow Sign,” and “The Demoiselle d’Ys” are some of the most famous stories from this collection that inspired writers such as H.P. Lovecraft, Raymond Chandler, and the HBO series True Detective. Laden with symbolism, mystery, and unreality, The King in Yellow is a classic depiction of supernatural events that push unreliable narrators into madness.