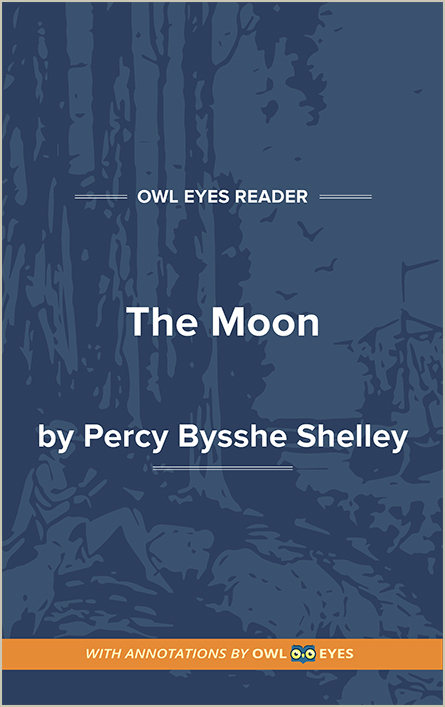 Personification in The Moon

Personification Examples in The Moon:

The phrase “different birth” expresses the differences between the moon and stars while maintaining the poem’s personification. The moon and stars come from separate sources but they are all nonetheless “birth[ed],” a broadly humanizing touch typical of Shelley’s work.

The noun “constancy” means the state or quality of being steadfast and unmoving. The speaker notices the revolving moon and characterizes the moon’s movement, presumably its orbit around the Earth, as a sign of fickleness: it does not stay in one place because it does not deem anything “worth” standing still. Since “worth” carries connotations of having high standards, this final line shows that the moon believes nothing is good enough for it. Ironically, these high standards cause it to be forever alone.