Are you a teacher? Subscribe today to access hundreds of premium teaching resources and lesson plans! close
close
close
close
« Library « Poetry « The Mower to the Glow-Worms « Andrew Marvell Biography 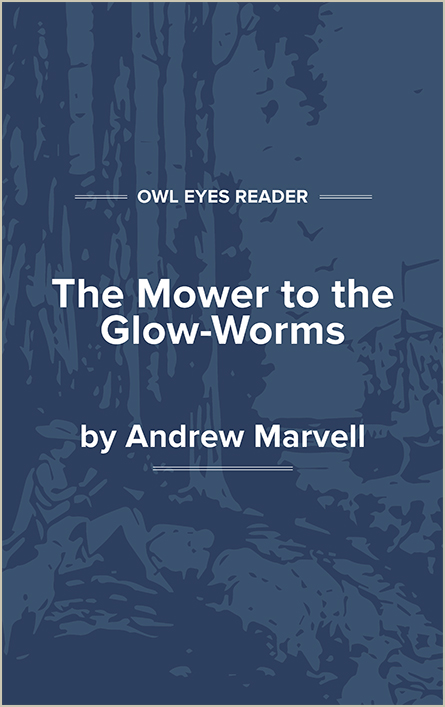 Andrew Marvell, born at Winestead-in-Holderness, Yorkshire, England, on March 31, 1621, was the son of an Anglican clergyman who became master of the Hull Grammar School. Having received his early education under his father at Hull, he entered Trinity College, Cambridge University, in 1633 and received his bachelor’s degree in 1638. As many men did at the time, he remained at Cambridge without taking the M.A. In 1640 his father died, and two years later, apparently with his inheritance, Marvell began a four-year tour of the Continent. Although he began writing poetry while still at the university, few of Marvell’s love lyrics or bucolic poems were published during his lifetime, his contemporary fame resting largely upon his satire.

During the English civil war Marvell, although not a Puritan himself, sided with the Cromwellians. From 1650 to 1652 he was tutor in the household of Lord Fairfax, a general in Oliver Cromwell’s forces, and not long afterward tutor to Cromwell’s ward, William Dutton; most of his best-known poems were written at this time. Although John Milton tried to get Marvell a post with the Puritan government in 1653, he did not actually receive an appointment until 1657. In 1659, a year before the Restoration of the Stuarts, he was elected to Parliament for Hull, a post he held until his death.

When Charles II became king, Marvell thought monarchy would be good for England, but he soon found himself in disagreement with the Crown, especially concerning its policies of religious oppression, and he began a long series of satires against the king and his government. The satires were...