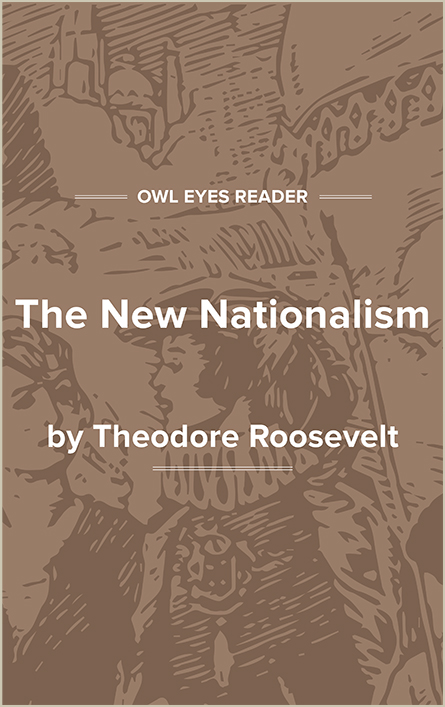 This general reader’s life of a dynamic American president strikes a fine balance between Theodore Roosevelt’s familial and public lives and deftly sets both into their Gilded Age context. Roosevelt lavished on his biographers such legendary feats as his physical maturation from a scrawny, asthmatic, weak-eyed lad to a robust “bull moose” of a man; his charge up San Juan Hill in Cuba in the Spanish-American War; his presidential trust busting; his leadership in the construction of the Panama Canal; and his exploits as an African game hunter. A just perspective on the man, however, must also include his stupendous reading, writing, and championship of literary endeavors; his considerable labors in furthering world peace; and his pessimism and melancholy. From a plethora of varied and often contradictory facts, Miller has shaped a life that (one suspects) easily could have been twice as long without being any better. Few readers would want it any shorter.

Roosevelt enjoyed the advantages of a prominent family and of a strong and caring father who devoted much of his time to various philanthropic causes. His Georgia- born mother seems to have been distinguished more by beauty than by vitality, and young Theodore’s sister Anna (called “Bamie”) proved to be more of a mother, both for him and, later, for his daughter Alice. Young Teddy was instructed by tutors in the United States and Europe and entered Harvard in 1876. There he combined reasonably diligent study with an active social life and pursuit of natural science, a long-standing avocation. He published two ornithological pamphlets while still a student and undoubtedly could have pursued a successful scientific career had the political bug not bitten him early.

At Harvard he also met Alice Lee, whom he married a few months after his graduation in 1880. She died shortly after giving birth to their daughter Alice early in 1884, and in December of 1886 Roosevelt married Edith Kermit Carow, whom he had known as a young child. Readers of Charles Dickens are likely to notice uncanny resemblances between Roosevelt’s love life and that of David Copperfield. Alice is David’s Dora: sweet, delicate, fragile, almost absurdly idealized by her husband; Edith is the Agnes of the novel: shrewd, capable, patient enough to await her turn in the shadows while Roosevelt devoted himself to Alice, his “Sunshine.” Edith thought, no doubt correctly, that Alice would have bored him to death had she outlasted the romantic aura with which he invested her.

Edith manipulated her husband skillfully to his and her advantage, but Theodore Roosevelt was driven by powerful ambitions that she could not control entirely. His plunge into New York Republican politics while something of a young dandy violated the code of his patrician relatives and puzzled political professionals, who saw him as a kind of Oscar Wilde let loose upon the New York Assembly, to which he was elected in 1881 at the age of twenty-three. Within months he was investigating insurance irregularities and refused to back off when the trail led to a state supreme court justice. He also found time to publish a book, The Naval War of 1812 (1882), praised for its scholarship and subsequently recognized as a farsighted analysis of the importance of the modern navy to any nation aspiring to international stature.

By early 1883, Roosevelt was challenging the man who quite possibly was the most powerful in the nation, financier Jay Gould, whom he labeled in a legislative speech as the leader of “the wealthy criminal class,” the class the young legislator regarded as the most dangerous of all. Roosevelt’s impetuosity, however, frightened even avid reformers. After the presidential campaign of 1884, during which Roosevelt further alienated potential political allies by supporting the candidacy of James G. Blaine (a champion of moneyed interests whom he had unsuccessfully opposed for the Republican nomination) instead of bolting to...