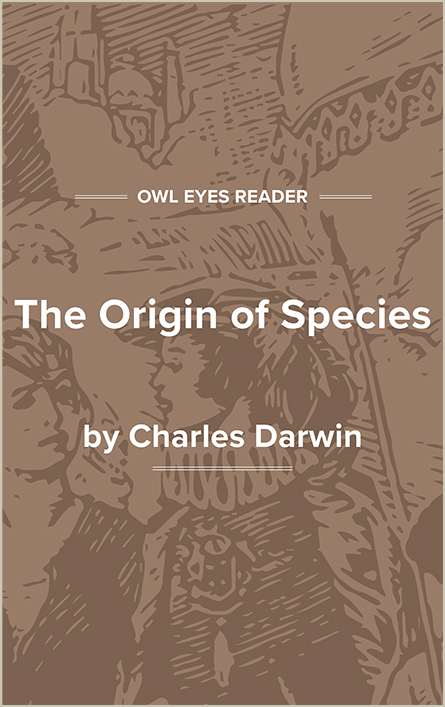 Article abstract: Darwin’s theory of evolution through natural selection, which he set forth in On the Origin of Species by Means of Natural Selection, revolutionized biology by providing a scientific explanation for the origin and development of living forms.

Charles Robert Darwin was born on February 12, 1809, in Shrewsbury, Shropshire, England, the fifth of six children. His mother, Susannah, the daughter of famed potter Josiah Wedgwood, died when he was eight, leaving him in the care of his elder sisters. His father, Robert Waring Darwin, was a robust and genial country doctor with a wide practice. In 1818, young Darwin entered Dr. Butler’s Shrewsbury School, where he learned some classics but little else. At home he was a quiet, docile child, with an interest in solitary walks and collecting coins and minerals.

In 1825, Darwin was sent to Edinburgh to study medicine because his family hoped he would enter his father’s profession. He proved to be a poor student, showing little interest in anatomy and disliking the crude operations performed without anesthetics. When he left Shrewsbury, his father rebuked him, saying, “You care for nothing but shooting, dogs, and rat-catching, and you will be a disgrace to yourself and all your family.”

As a last resort, the young Darwin was sent to Christ’s College, Cambridge, to prepare for the ministry, a profession for which he felt no more enthusiasm than he did for medicine, and he soon fell in among the sporting set. Though not a distinguished student, Darwin took an interest in natural science and was influenced by Alexander von Humboldt’s Personal Narrative of Travels to the Equinoctial Regions of the New Continent During the Years 1799-1804 (1814-1829) and Charles Lyell’s Principles of Geology (1830-1833). He met John Stevens Henslow, a botany professor who encouraged his interest in natural history and helped to secure for him a position as naturalist aboard HMS Beagle, soon to depart on a five-year scientific expedition around the world. The Beagle sailed from Devonport on December 31, 1831. Darwin’s experiences during the voyage from 1831 to 1836 were instrumental in shaping his theory of evolution.

The voyage of the Beagle took Darwin along the coast of South America, where the crew spent twenty-nine months charting the waters off the Pacific coast. Darwin explored the Andes and the pampas and kept detailed journals in which he carefully observed differences among the South American flora and fauna, particularly on the Galápagos Islands, where he found a remarkable divergence among the same species from different islands. Before he began his voyage, he had no reason to doubt the immutability of species, but from his firsthand experiences, he gradually began to doubt the creationist view of life. He would later draw upon these extensive field observations to formulate his theory of natural selection. Darwin was able to draw together from his travels vast amounts of scientific evidence to buttress his arguments against scientific and religious challenges. When he returned to England on October 2, 1836, he was an accomplished naturalist, collector, and geologist with a new view of the natural history of life.

After his return to London, Darwin settled in an apartment and began a detailed study of coral reefs. He became secretary to the Geological Society and a member of the Royal Society. He married his first cousin, Emma Wedgwood, in January, 1839. Because his health was poor, the couple settled outside London, in Kent. There, despite his infirmities, Darwin did his most important work. A thin man, about six feet tall, Darwin walked with a stoop that made him appear shorter, especially as his illness worsened later in life.

At Down House in Downe, Kent, Darwin worked for the next twenty years on his journals from the Beagle trip, gathering information to support his theory of evolution through natural selection. In 1837, Darwin had begun his first...