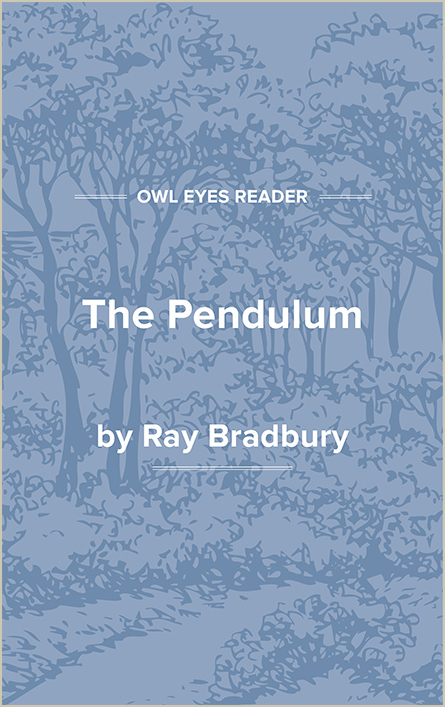 Ray Douglas Bradbury used his elegiac short stories, often in the genres of fantasy and science fiction, to comment on the beguiling power of the imagination and the dehumanizing pressures of technocracies. Bradbury was born to Leonard Spaulding Bradbury, a lineman with the Waukegan Bureau of Power and Light, and Esther Marie (Moberg) Bradbury, who had emigrated as a child from Sweden. Bradbury’s older brother later appeared in fictionalized form in his stories.

The most important event of Bradbury’s childhood occurred when he was twelve years old and a carnival came to town for the Labor Day weekend. After attending the performance of a magician, Mr. Electrico, who sat in an electric chair, causing sparks to jump between his teeth and every white hair on his head to stand erect, Bradbury and the magician became friends. Their walks and talks along the Lake Michigan shore behind the carnival so energized the boy’s imagination that, a few weeks after this encounter, he began to write stories for at least four hours a day, a practice that soon became a habit.

In 1932 his family moved to Arizona, where they had lived in the mid-1920’s, largely because of his father’s need to find work. In 1934 the family settled in Los Angeles, which became Ray Bradbury’s permanent home. He attended Los Angeles High School, where he became involved with theatricals and journalism, and he went to film theaters several times a week. He also wrote a thousand words a day and joined the Science Fiction League, where he met such professional writers as Henry Kuttner and Leigh Brackett, with whom he later collaborated. After graduating from high school in 1938 Bradbury worked for several months in a theater group sponsored by the actress Laraine Day and for several years as a newsboy in downtown Los Angeles. He took these jobs for subsistence while he dedicated most of his energy to writing. His early efforts owed much to William S. Burroughs, but as he grew older he began studying such writers as Thomas Wolfe and Ernest Hemingway. His own style reflected these influences, blending the clean colloquial rhythms of Hemingway and the rich poetic metaphors of Wolfe.

Bradbury’s poor eyesight prevented him from serving in the army during World War II, which left him free to launch his writing career. In the early 1940’s he submitted stories to such pulp magazines as Weird Tales and Amazing Stories. His first published story, “Pendulum,” a collaborative effort, appeared in 1941. His first independent sale, “The Piper,” appeared in Thrilling Wonder Stories in February, 1943, but was preceded into print by “The Candle,” which was published in the November, 1942, issue of Weird Tales. As a young writer he received stimulus by going to Los Angeles libraries and reading randomly until story ideas came tumbling into his mind. In 1945 he sold “The Big Black and White Game” to the prestigious American Mercury, and it was later republished in The Best American Short Stories of 1946. His stories soon began to appear regularly in such magazines as Collier’s, The Saturday Evening Post, The New Yorker, Harper’s Magazine, and Mademoiselle. These magazines paid well and allowed him to marry Marguerite Susan McClure, who at one time taught English at the University of California, Los Angeles (UCLA) and with whom he had four daughters.

Dark Carnival, Bradbury’s first book, resulted from the encouragement of August Derleth, a publisher of fantasy literature. This compilation of early horror stories also includes poetic portrayals of the lonely and the anguished. In his second book, he abandoned the grotesque for Mars. Until then he had been writing what seemed to be science-fiction stories but were in reality explorations of humanity in challenging settings. Because publishers wanted a Mars novel rather than a collection of Mars stories, Bradbury added narrative transitions to twenty-six of his stories and produced The Martian Chronicles , which established...