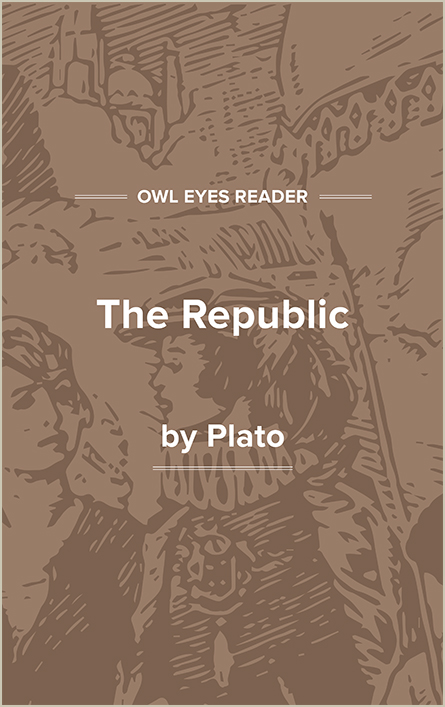 Plato (PLAY-toh) was born in Athens, Greece, around 427 b.c.e. The eighty-year span of his life covered one of the most dramatic and tumultuous periods in Greek history. During his boyhood and youth, for example, his homeland witnessed the last stages of the Peloponnesian War, a struggle for dominance between the city-state of Athens and her arch-rival, Sparta. Plato’s father, Ariston, and his mother, Perictone, both came from distinguished families, and as a member of the aristocracy Plato was reared in the most favorable surroundings and enjoyed the best education available. Given this background and the many natural talents that he displayed as a youth, it seemed inevitable that he would one day enter public life and distinguish himself in politics.

In fact, his life was to take an entirely different course. The more closely Plato observed the world of politics, the less inclined he was to become involved in it. One event in particular was to have a lasting effect on him, and that was the trial, condemnation, and execution of Socrates in 399 b.c.e. Socrates had been Plato’s teacher, and Plato had profound respect for him. That his supposedly enlightened city could have killed so noble a man as Socrates was, for Plato, shocking and disillusioning. It was this event that turned him to philosophy, following in his great teacher’s footsteps.

Plato left Athens after the death of Socrates and apparently stayed away from the city for about ten years. He resided for a time in the city of Megara, and he may also have traveled to Egypt and Cyrene. It was during this period that he began to write. The dialogue form, in which he recorded his ideas, is like a transcription of a conversation between two or more people, a conversation in which provocative questions are asked and then pursued with great energy and thoroughness. Plato presents his ideas in very attractive attire, and this is a principal reason for the continuing appeal of his philosophy.

Altogether, Plato wrote some twenty-six dialogues of varying lengths. The exact dates of the composition of these dialogues are uncertain. It is customary to group them into three general periods, early, middle, and late. The dialogues that Plato wrote during the decade or so immediately following Socrates’ death, then, would belong to the early period. It was during this period, from 399-390 b.c.e., that he wrote the Apologia Skratous (Apology, 1675), the Charmids (Charmides, 1804), and the Euthyphrn (Euthyphro, 1804). Among other dialogues belonging to this early period are the Prtagoras (Protagoras, 1804) and the Gorgias (English translation, 1804).

Around 387 b.c.e. , Plato journeyed to southern Italy and Sicily to study with a group of philosophers called Pythagoreans. During this trip, he met Dionysius I, the king of Syracuse. The following year, Plato returned to Athens and...