Are you a teacher? Subscribe today to access hundreds of premium teaching resources and lesson plans! close
close
close
close
« Library « Poetry « The Road Not Taken 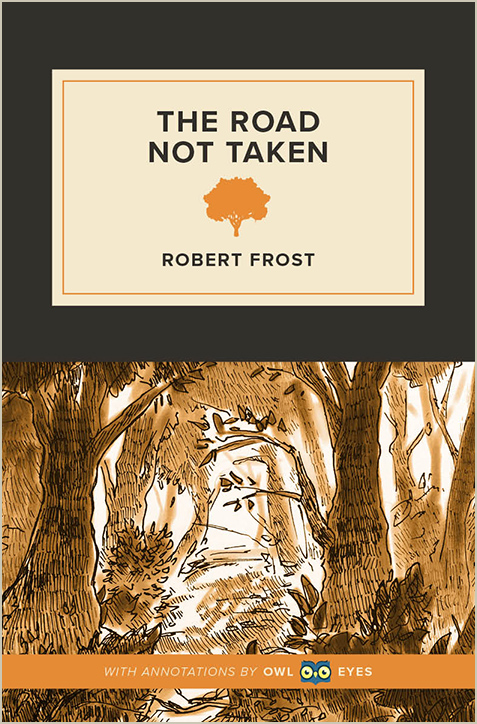 “The Road Not Taken” is one of Robert Frost’s masterpieces. First published in Frost’s 1916 collection, Mountain Interval, this poem explores choice and individuality in subtle, and perhaps contradictory, ways. The scene of a fork in a woodland road serves as an extended metaphor for the challenge of decision-making. In Frost’s own words, the poem’s message is “very tricky” and operates on two levels. First, the poem’s speaker employs a serious tone, depicting the decision as final—”I doubted if I should ever come back”—and inevitably regrettable—”I shall be telling this with a sigh.” Second, there is an ironic level. On several occasions, Frost claimed to have written the poem about his friend and fellow poet Edward Thomas who, amusingly enough to Frost, often dwelled on the finality of his decisions. Because of this, many critics find in the poem an undercurrent of mockery which subtly ridicules the speaker. The speaker initially depicts one path as “grassy and want[ing] wear,” viewing it as a better choice because it is “less traveled by.” This perspective, however, is subverted, for the paths are hardly different: “Though as for that the passing there/Had worn them really about the same.” Thus, the speaker’s misgivings and regrets become arbitrary. Such a reading also upends the interpretation that the poem praises unconventional paths through life. If Frost’s irony holds, it may well be that all paths are equal and unknowable.