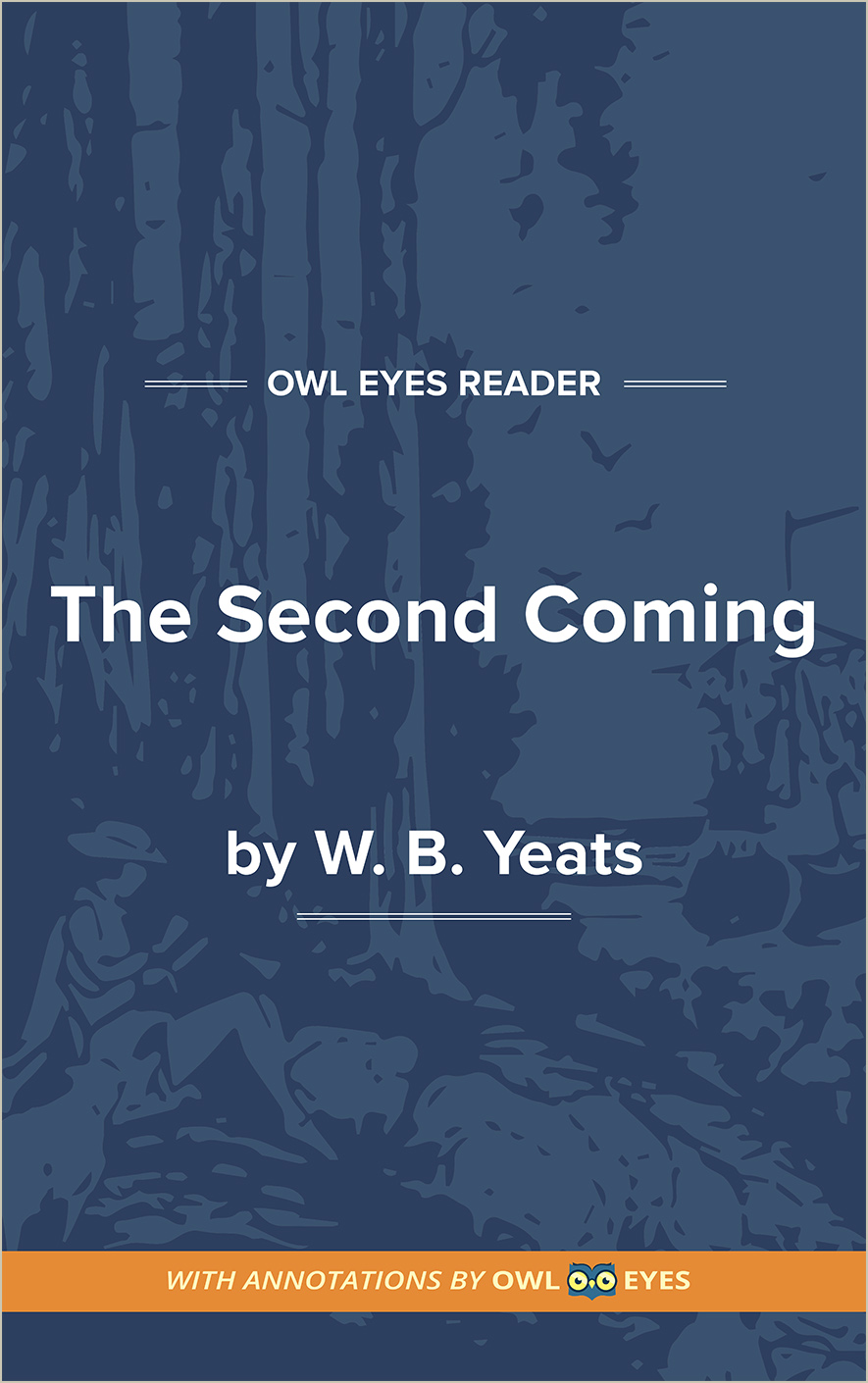 William Butler Yeats wrote “The Second Coming” in 1919, during the Modern literary period and shortly after World War I ended. It was published in 1920 in a prominent literary magazine called The Dial. In his poem, Yeats uses the Christian belief in the Second Coming of Christ as a metaphor for the dismal state of post-war Europe. The collapse of Western society is represented by a Second Coming that is devoid of salvation and instead gives way to a “rough beast” that makes its menacing descent upon humanity.