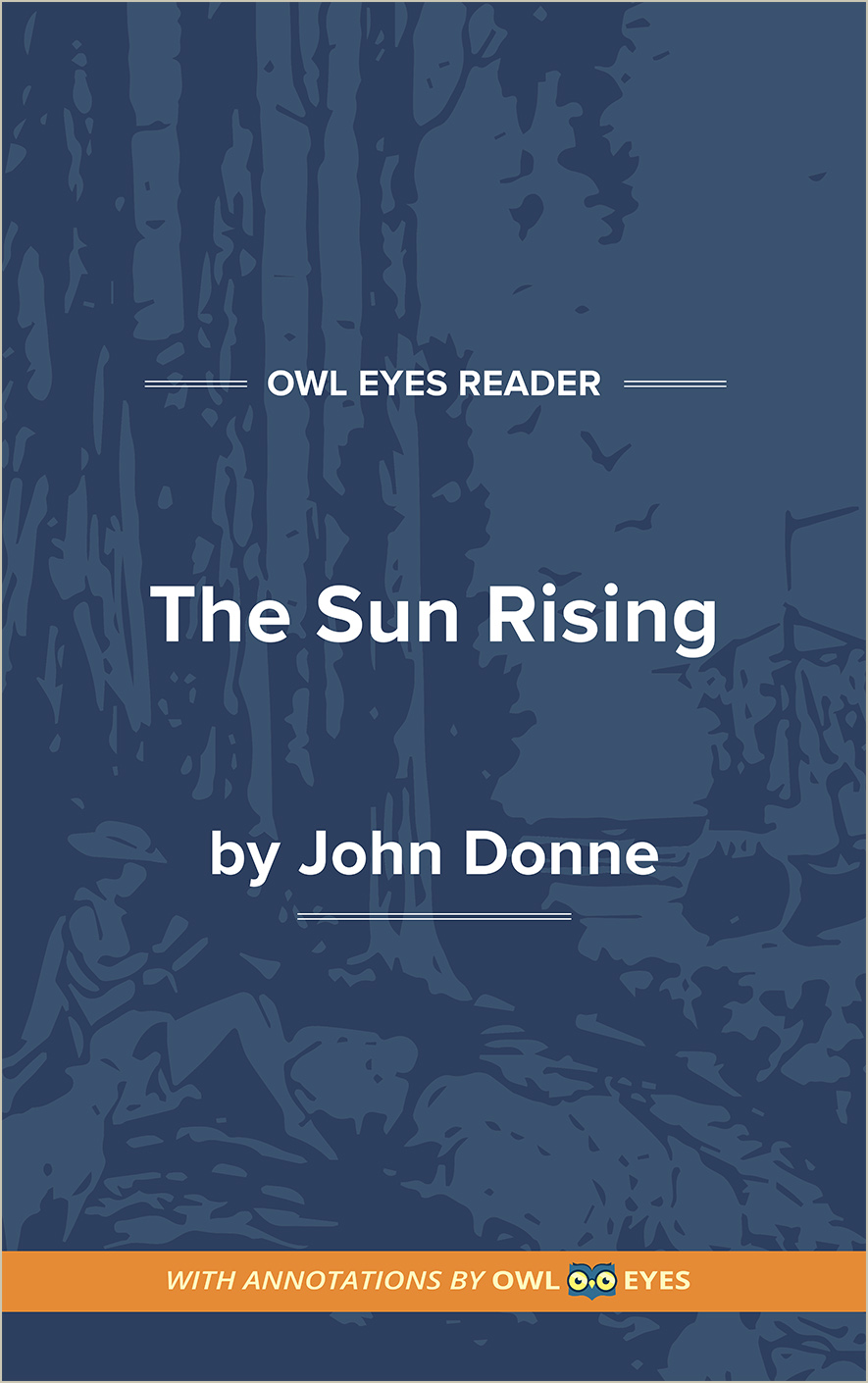 John Donne’s “The Sun Rising” was first published in Songs and Sonnets in 1633, during the English Renaissance. In the poem, the speaker claims power over the sun, which is personified as a “saucy pedantic wretch,” for rising and interrupting him as he lies in bed with his lover. He tells the sun to go and bother less deserving people, as he builds an extended metaphor for his bed as the world, which he then invites the sun to stay and warm. Ultimately, Donne’s use of metaphor, repetition, and hyperbole advocate for the grandeur of love as being the perfect blend of spiritual and sexual, or sacred and profane.