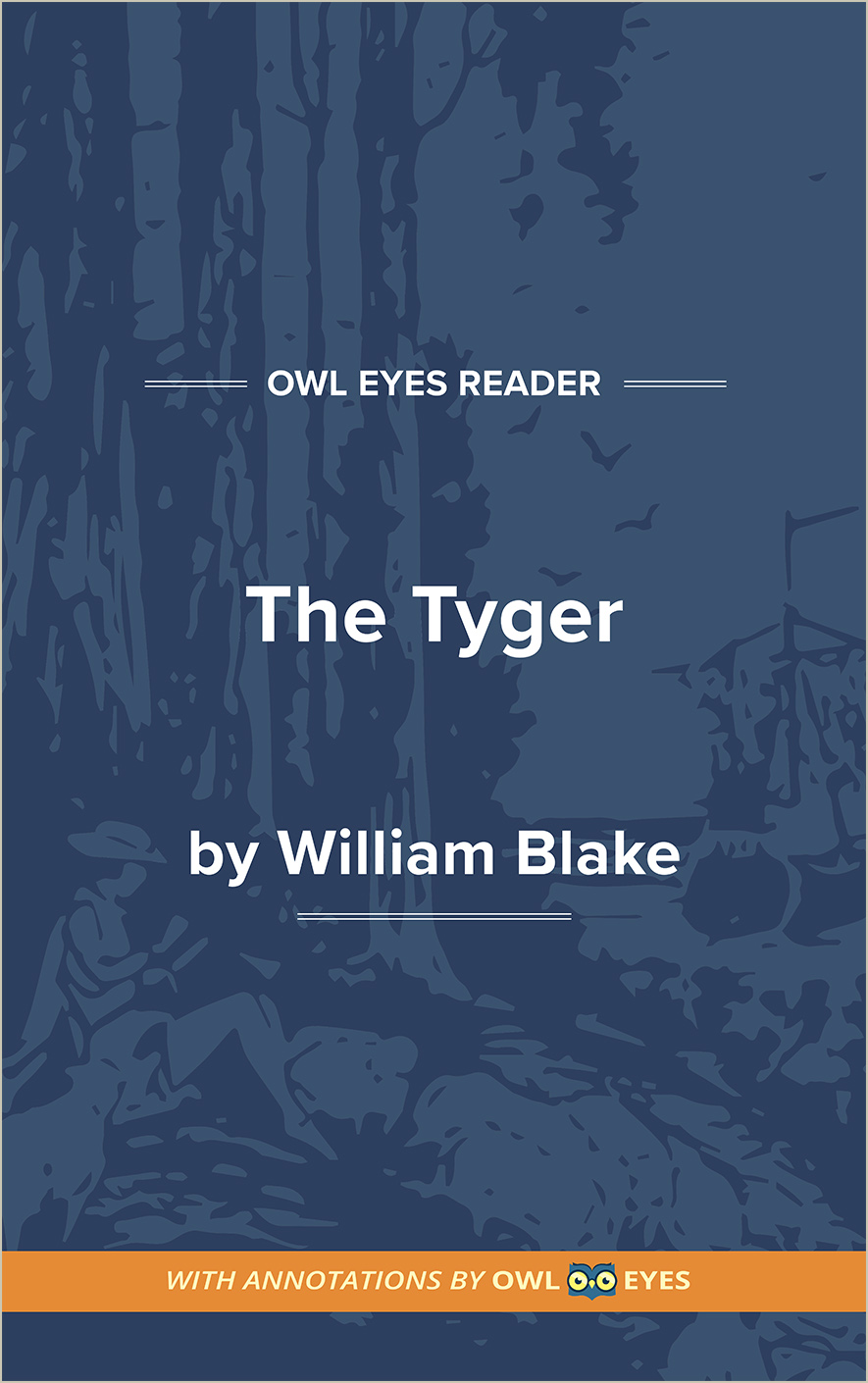 Vocabulary in The Tyger

Vocabulary Examples in The Tyger:

The noun “symmetry” means to be made up of similar or equal parts, usually in an aesthetically pleasing way. The speaker refers to the Tyger’s beauty with a tone of cautious, awed respect by describing its “fearful symmetry.” Unlike the other end rhymes in this poem, “eye” and “symmetry” form a slant rhyme, in which the final consonant is the same but the preceding vowel sounds differ. Marking the word “symmetry” with a slant rhyme—also called an imperfect rhyme—forces the reader to pause and consider the word’s context—“fearful”—carefully.

Here, the verb “to aspire” means to physically rise up. The speaker imagines the Tyger’s creator flying into the “distant deeps or skies” in order to “seize the fire” that burns in the Tyger’s eyes. He also begins to wonder how the Tyger’s creator could “dare” to create such a fearsome, dangerous creature.

“Sinew” is a fibrous tissue that connects muscle to bone or bone to bone. It also refers to metaphorical strength. Despite the speaker’s referring to a specific physical component of the Tyger’s body, the context of the apostrophe suggests that the Tyger is a broader representation of something abstract—such as evil—rather than a mere animal.

The noun “anvil” refers to a heavy iron block used in metalwork. The speaker depicts the Tyger’s creator as a blacksmith forging the tiger species into existence. This image possibly alludes to Vulcan, the Roman god of fire and forge, who is often pictured holding a blacksmith’s hammer. Vulcan is also associated with molten metal and the fire of volcanoes, suggesting that the fire in the Tyger’s eyes could symbolize the destructive aspects of creation.