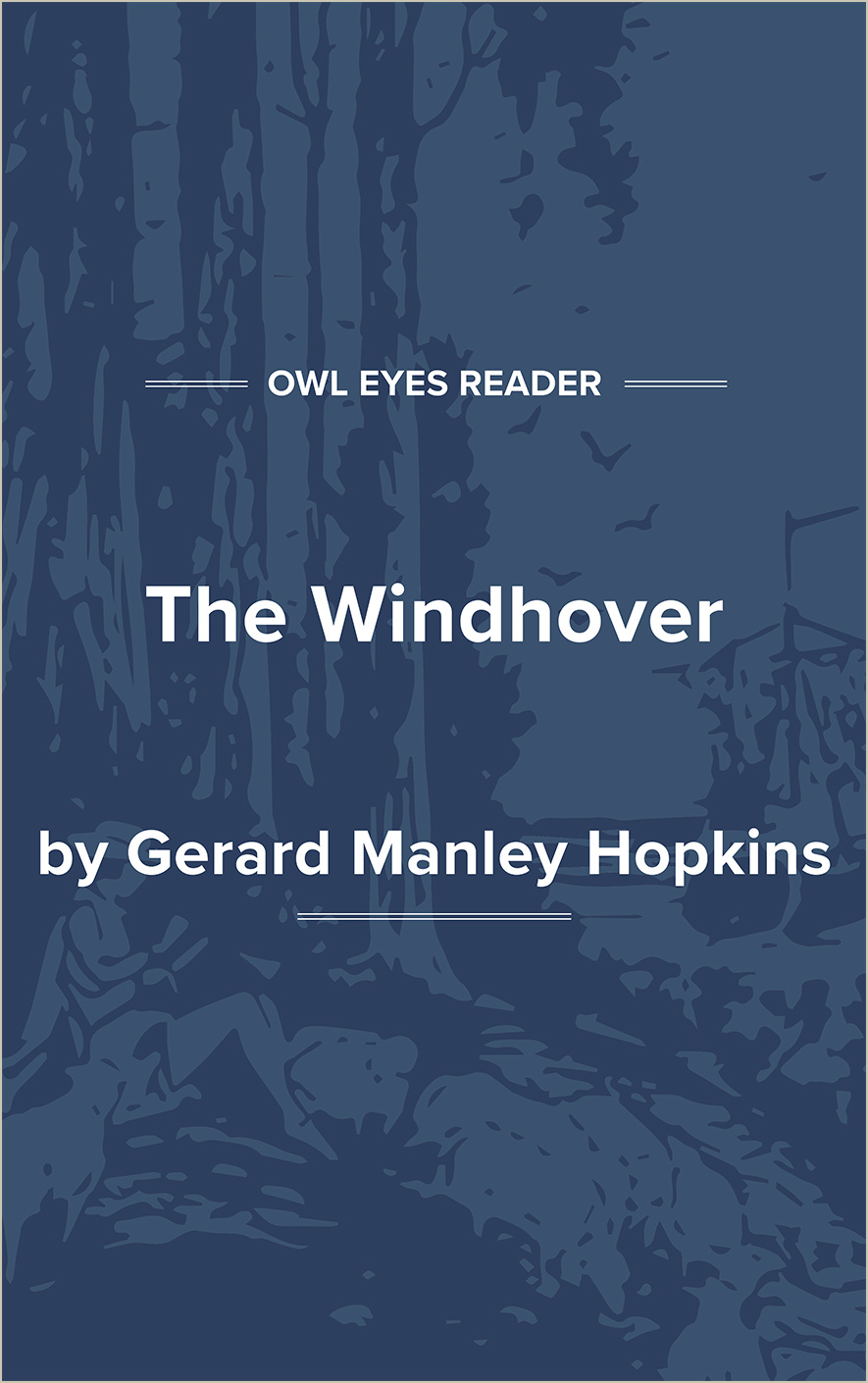 The eldest of nine children of a well-to-do middle-class family, Gerard Manley Hopkins alienated family and friends when he converted from Anglicanism to Catholicism under Cardinal John Henry Newman. He joined the Society of Jesus in 1868 and became a priest nine years later, serving in slum parishes before taking a post as a classics professor in Dublin. He studied music and painting and wrote poetry, almost none of which was published until several decades after his death. He shared his verse with his poet-friend Robert Bridges through a correspondence of many years. A breakdown shortly before his death may have resulted from the tension in his life, which he considered nearly unresolvable, between his wanting to be a poet and his striving for sanctity.

To understand Hopkins’s poetry, the reader must know something of his poetic theory. His three main concepts are found in the terms “inscape,” “instress,” and “sprung rhythm.” The first two terms are closely related. By “instress,” a term that Hopkins coined, is meant the principle of the physical uniqueness of an object (natural or artistic) that distinguishes it from all else that is, was, or shall be. The term is derived from haecceitas, as used by the Catholic philosopher John Duns Scotus (1266-1308), and is sometimes translated as “thisness.” Hopkins’s “inscape” may be defined as the outward manifestation of the interior integrity of a thing.

“Instress” is described in terms of energy: the force by which inscape is revealed. Instress is that which acts on the mind of the beholder in such a way as to allow the beholder to comprehend the inscape. It is, as Hopkins himself wrote, the energy by which “all things are upheld.”

“Sprung” (or abrupt) rhythm is a difficult concept that commentators have tried to make comprehensible, not always with success. It is measured by feet of one to four syllables in length, regularly, although for certain effects any number of unstressed syllables may be used. If there is but one syllable, it receives the stress. If there are more syllables, the stress is on the first and different sorts of feet will result. There are four possibilities: a monosyllable, accentual trochee, dactyl, and first paeon. In this respect, sprung rhythm differs from running rhythm because sprung rhythm may use rests, monosyllabic feet, and the first paeon, whereas running rhythm (if it is scanned from the first stress in a line) can be made up only of trochees and dactyls. “Sprung rhythm” is meant by Hopkins to convey emotionally charged speech.

Hopkins’s best use of...