Are you a teacher? Subscribe today to access hundreds of premium teaching resources and lesson plans! close
close
close
close
« Library « Fiction « This Side of Paradise 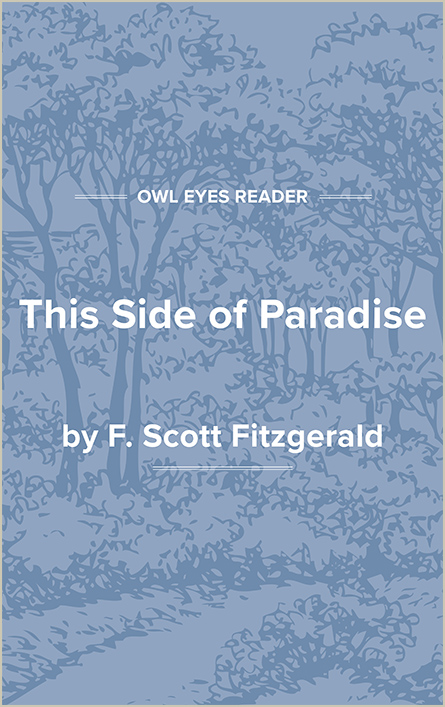 This Side of Paradise

Amory Blaine inherited from his mother every trait, except the stray inexpressible few, that made him worth while. His father, an ineffectual, inarticulate man with a taste for Byron and a habit of drowsing over the Encyclopedia Britannica, grew wealthy at thirty through the death of two elder brothers, successful Chicago brokers, and in the first flush of feeling that the world was his, went to Bar Harbor and met Beatrice O'Hara. In consequence, Stephen Blaine handed down to posterity his height of just under six feet and his tendency to waver at crucial moments, these two abstractions appearing in his son Amory. For many years he hovered in the background of his family's life, an unassertive figure with a face half-obliterated by lifeless, silky hair, continually occupied in "taking care" of his wife, continually harassed by the idea that he didn't and couldn't understand her.