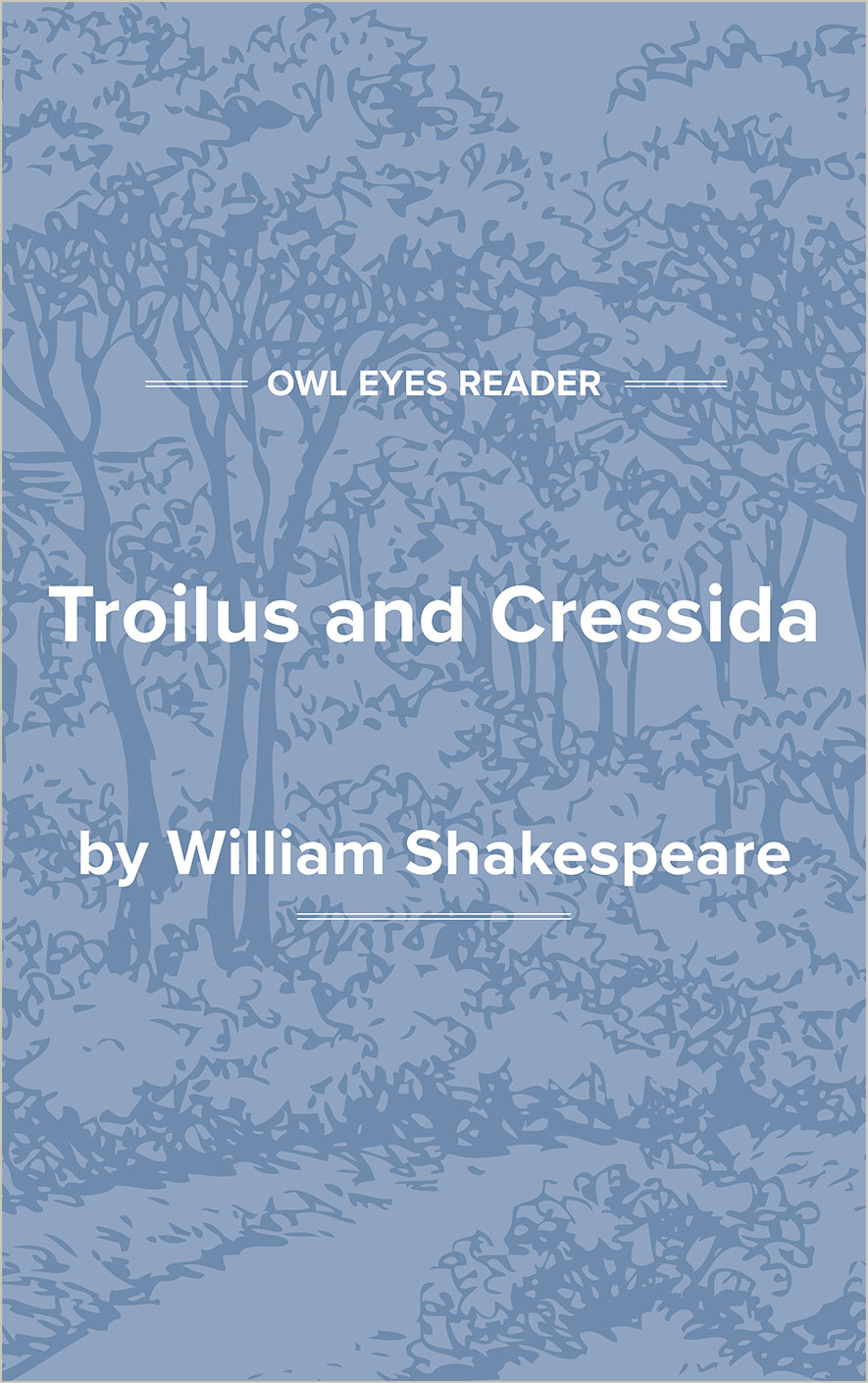 Character Analysis in Troilus and Cressida

While in today's usage we typically drop the "a" part of this expression, the meaning remains the same: "glad to be rid of you." In this scene, Patroclus, a Greek warrior and close friend of Achilles, expresses relief as Thersites. Thersites enjoys mocking fellow Greeks who claim to be valorous, honorable, and have other such qualities.

Ulysses is trying to get Achilles back into the war, and so he delivers this lecture on life and human nature to try and spur Achilles into action. The "touch of nature" that makes us all human isn't a romantic ideal; rather, Ulysses uses here is about how people only value superficial novelties, born in the moment—a kind of short-term memory. He says that Achilles's past deeds have fallen prey to the nature of time, and that it's only natural for people to forget faded glories. He hopes that this will inspire Achilles to fight again and forge new glorious and fame.