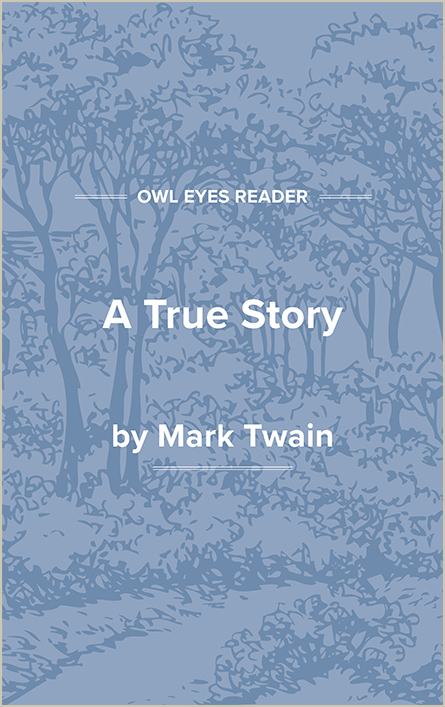 It was summer-time, and twilight. We were sitting on the porch of the farmhouse, on the summit of the hill, and "Aunt Rachel" was sitting respectfully below our level, on the steps—for she was our Servant, and colored. She was of mighty frame and stature; she was sixty years old, but her eye was undimmed and her strength unabated. She was a cheerful, hearty soul, and it was no more trouble for her to laugh than it is for a bird to sing. She was under fire now, as usual when the day was done. That is to say, she was being chaffed without mercy, and was enjoying it. She would let off peal after peal of laughter, and then sit with her face in her hands and shake with throes of enjoyment which she could no longer get breath enough to express. At such a moment as this a thought occurred to me, and I said:

"Aunt Rachel, how is it that you've lived sixty years and never had any trouble?"