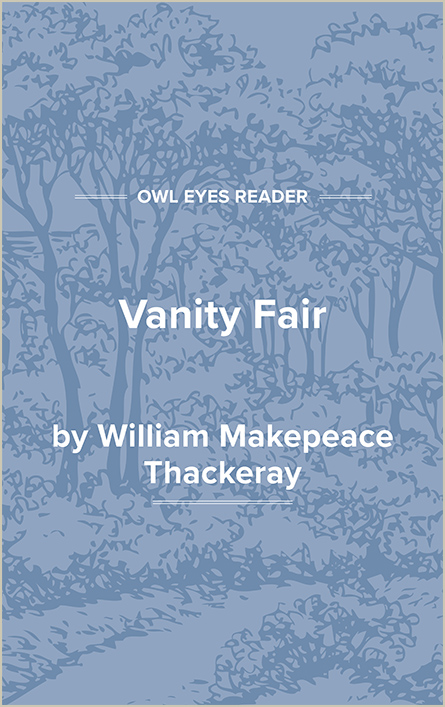 While the present century was in its teens, and on one sunshiny morning in June, there drove up to the great iron gate of Miss Pinkerton's academy for young ladies, on Chiswick Mall, a large family coach, with two fat horses in blazing harness, driven by a fat coachman in a three-cornered hat and wig, at the rate of four miles an hour. A black servant, who reposed on the box beside the fat coachman, uncurled his bandy legs as soon as the equipage drew up opposite Miss Pinkerton's shining brass plate, and as he pulled the bell at least a score of young heads were seen peering out of the narrow windows of the stately old brick house. Nay, the acute observer might have recognized the little red nose of good-natured Miss Jemima Pinkerton herself, rising over some geranium pots in the window of that lady's own drawing-room.

"It is Mrs. Sedley's coach, sister," said Miss Jemima. "Sambo, the black servant, has just rung the bell; and the coachman has a new red waistcoat."