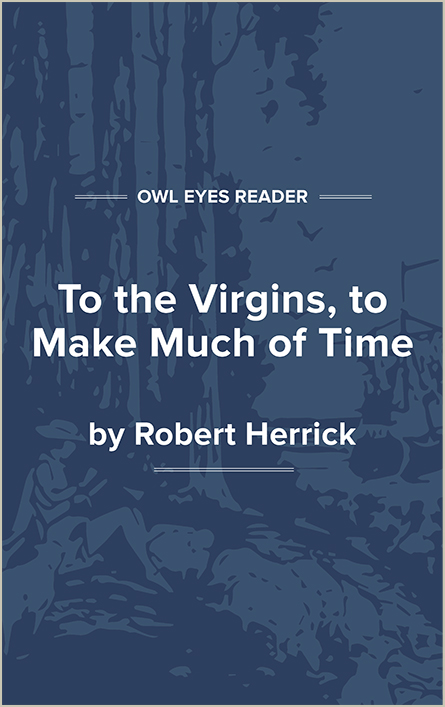 Themes in To the Virgins, to Make Much of Time

Themes Examples in To the Virgins, to Make Much of Time:

The phrase "You may for ever tarry" means in other words, "If you don't use it, you are going to lose it." Herrick and other poets, like Andrew Marvell, were part of a loose group of poets called the Metaphysical Poets, who wrote about unconventional subjects and used unusual imagery to capture human experience.

"Gather ye Rose-buds while ye may, Old Time is still a flying..."  See in text (Text of the Poem)

The opening lines of one of the most well-known* carpe diem*, or "seize the day," poems in the 17th century in which the speakers tells his lover that, because time is short, they need to love now rather than later. Herrick, an Anglican minister, had to be careful about how he frames the *carpe diem *argument.

The poem is in argument form: the first half discusses the fact that the lovers are running out of time; the second half proposes that they use their time to love each other.