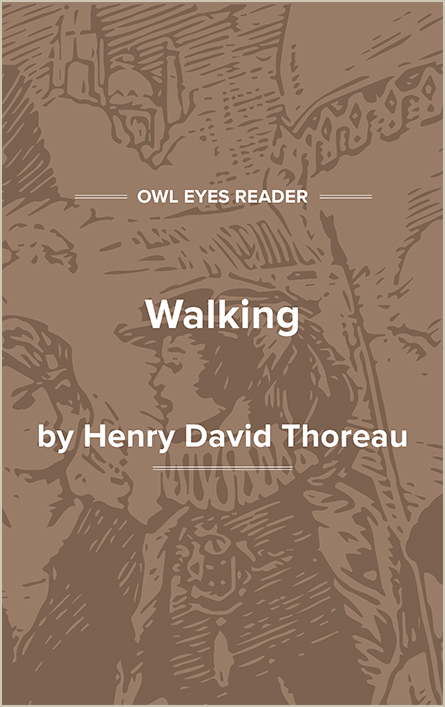 Many of Henry David Thoreau’s writings are autobiographical, for he thought that the poet’s noblest work was his life. Thoreau was born on July 12, 1817, in Concord, Massachusetts, the third of four children of John and Cynthia Thoreau. The family name is French, and Henry’s paternal grandfather was a Protestant emigrant from Jersey, an island in the English Channel. His maternal grandfather was a Congregationalist minister. Thoreau was baptized David Henry but later reversed his first two names. His father, a quiet, subdued person, after failing as a shopkeeper, moved to Boston to teach school but returned to Concord when Henry was six and began to manufacture lead pencils. His mother was more energetic; active in community affairs, she was considered one of the most talkative persons in Concord.

Though a village of some two thousand people, Concord was full of intellectual ferment, being the home of Ralph Waldo Emerson and Bronson Alcott (and, later, of Nathaniel Hawthorne). To it came many literary people attracted to Emerson’s Transcendentalism. After attending the Concord Academy, Thoreau went to Harvard College and graduated in 1837. While there, he heard Emerson lecture and read Emerson’s “Nature,” which became a seminal book for him. In the spring of 1837, Thoreau met Emerson in person, and the neighbors became friends and associates. Thoreau joined an informal group of Transcendentalists who met at Emerson’s house.

At Thoreau’s commencement, Emerson had given his lecture “The American Scholar,” urging intellectual independence from Europe and advocating physical activity as much as book learning, and he apparently thought Thoreau exemplified such concepts. A “jack of all trades,” Thoreau was an expert surveyor and a practical scientist in botany, zoology, ornithology, mineralogy, astronomy, and anthropology. Also skilled with tools, he “could outwalk, outswim, outrun, outskate, and outboat most of his contemporaries,” according to his biographer Walter Harding.

Thoreau built boats and houses and invented tools, machines, and techniques that made the Thoreau pencils the best in America. Emerson, by contrast, was absolutely unhandy, even at making minor repairs, and, for all his talk of nature, was not an outdoorsman and confined himself to walks in his orchard.

After graduation, Thoreau worked for a while in his father’s pencil factory, invented a superior method of mixing graphite, and began to lecture at the Concord Lyceum. In 1838, he and his brother John reopened the Concord Academy, where Thoreau was a popular and innovative teacher who took his students on frequent field trips and immersed them in local human and natural history. He stopped teaching because he would not flog students, but he later did a good deal of tutoring. In 1839, the Thoreau brothers took a boating trip on the Concord and Merrimack Rivers that became the subject of Thoreau’s first book. Both brothers proposed marriage to Ellen Sewall, who rejected them both.

When the Concord Academy closed in 1841 because of John’s tuberculosis, Thoreau moved into Emerson’s house as resident handyman for two years. There, he had access to Emerson’s library, with its extensive collection of Oriental philosophy and literature. Thoreau rejected the Oriental myths as superstition but appreciated the Eastern values of spirituality, meditation, and solitude. He also began to publish poems and essays in The Dial, the Transcendentalist magazine. In 1842, Thoreau met Hawthorne, then living in Concord’s Old Manse, who later used him as a model for the faunlike Donatello in The Marble Faun (1860).