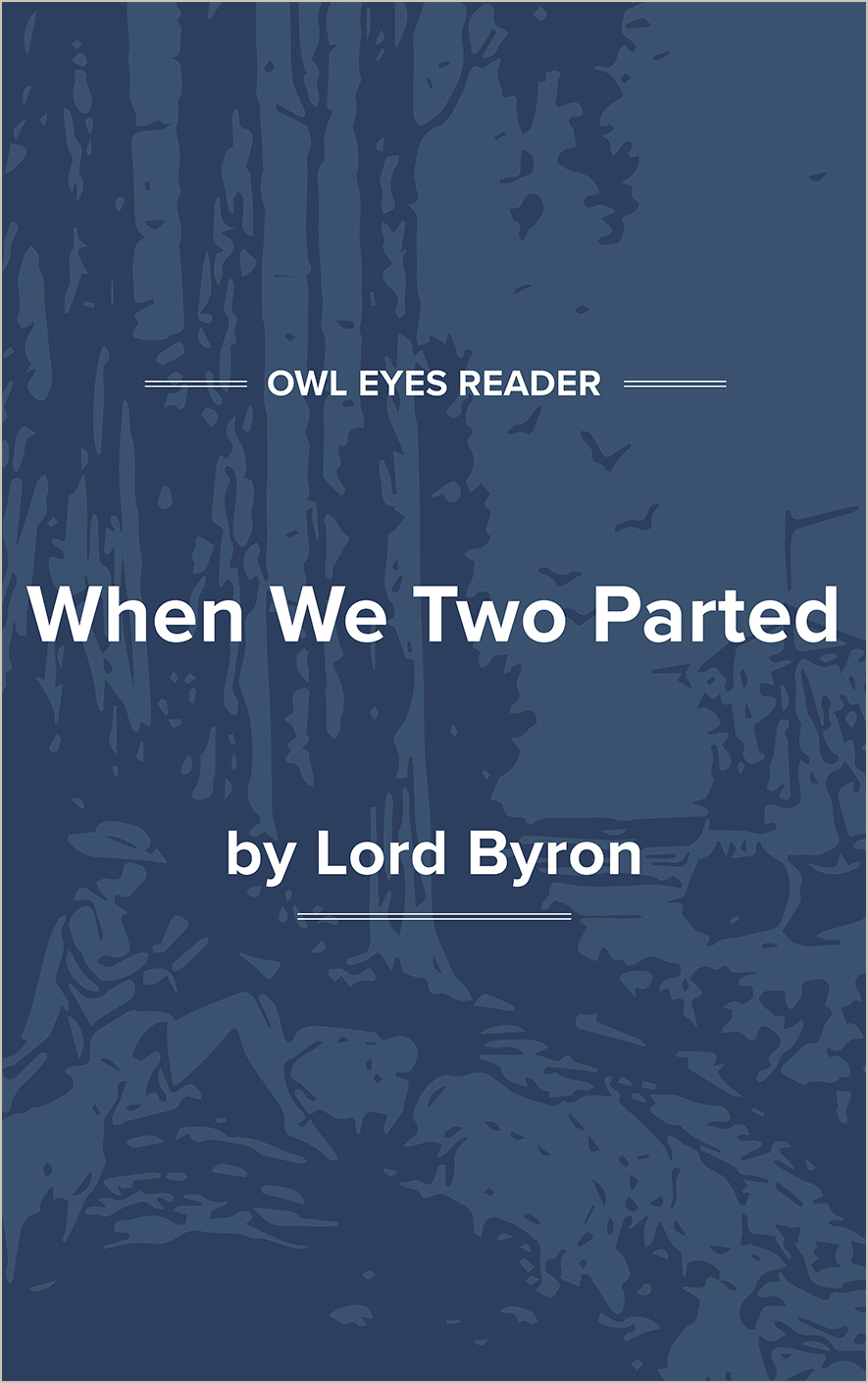 Born in London, England, on January 22, 1788, George Gordon, Lord Byron, who, from birth suffered from a deformed foot, was the son of Captain John Byron, nicknamed “Mad Jack” because of his wild ways, and the former Catherine Gordon. On his mother’s side, the poet claimed descent from James I of Scotland and on his father’s, with less certainty, from Ernegis and Radulfus de Burun, estate owners in the days of William the Conqueror. Newstead Abbey, which the poet would inherit at age ten as the sixth Lord Byron, had been granted to Sir John Byron by King Henry VIII, though the title of lord was first held by General John Byron, follower of Charles I and Charles II, the latter of whom is said to have seduced the general’s wife. The poet received the title on the death, in 1798, of his great-uncle, William Byron, nicknamed “the Wicked Lord.”

Because the poet’s grandfather, Admiral John Byron, himself something of a rake, had disinherited Mad Jack for his even greater irresponsibility and because his father, before his death at age thirty-six, had squandered nearly all the wealth of both of the heiresses he had married, the poet’s earliest years were spent in genteel poverty in his mother’s native Aberdeen, Scotland, where he attended Aberdeen Grammar School. During these years, he developed his lifelong interests in both athletics and reading and was imbued, under the influence of his nurse, Agnes Gray, and his Presbyterian instructors, with the sense of predestined evil that marked so much of his later life.

After coming into his inheritance in 1798, Byron and his mother moved to Nottinghamshire, the location of Newstead Abbey, in which the young lord proudly took up residence despite the warning of John Hanson, the family attorney, that the abbey was in such disrepair that it ought not to be lived in. During 1799, Byron’s clubfoot was incompetently treated by a local quack physician, Dr. Lavender, and Byron was physically and sexually abused by his new nurse, May Gray, events that left the poet with permanent emotional scars. Later in the same year, Byron was taken to London to be treated by a more reputable physician. He was also placed in the Dulwich boarding school of Dr. Glennie, who was to prepare young Byron for admission to Harrow.

Byron entered Harrow in April of 1801, and despite an occasional period of haughty aloofness, he soon became a favorite of his schoolmates. Some of his most intense friendships dated from his Harrow days, friendships the intensity of which was probably an expression, as his biographers have pointed out, of his fundamentally bisexual nature. Nevertheless, the instances of Byron’s overt amatory passion, especially early in his life, more often involved women than men. He had become infatuated with a cousin, Mary Duff, perhaps as early as age seven; had written his first love poetry for another cousin, Margaret Parker, at age twelve; and had fallen so deeply in love with Mary Chaworth during a hiatus in Nottinghamshire in 1803 that he at first refused to return to Harrow. Nevertheless, he did return, and after completing his course of studies, he enrolled in Trinity College, Cambridge, during the fall of 1805.

During his Cambridge days, Byron formed romantic attachments with two male friends, won acceptance by the university’s liberal intellectual elite, kept a bear in his living quarters, and became thoroughly acquainted with the distractions of London, including the theater. He also assembled his first books of poetry, most notably Hours of Idleness, and, almost incidentally, earned a Cambridge master’s degree, which was granted in July of 1808. After a short retirement to Newstead Abbey, during which he worked on English Bards and Scotch Reviewers, Byron left for London, where he became a member of the House of Lords on March 13, 1809, and where English Bards and Scotch Reviewers was anonymously published several days thereafter. The authorship of the scathing satire was...