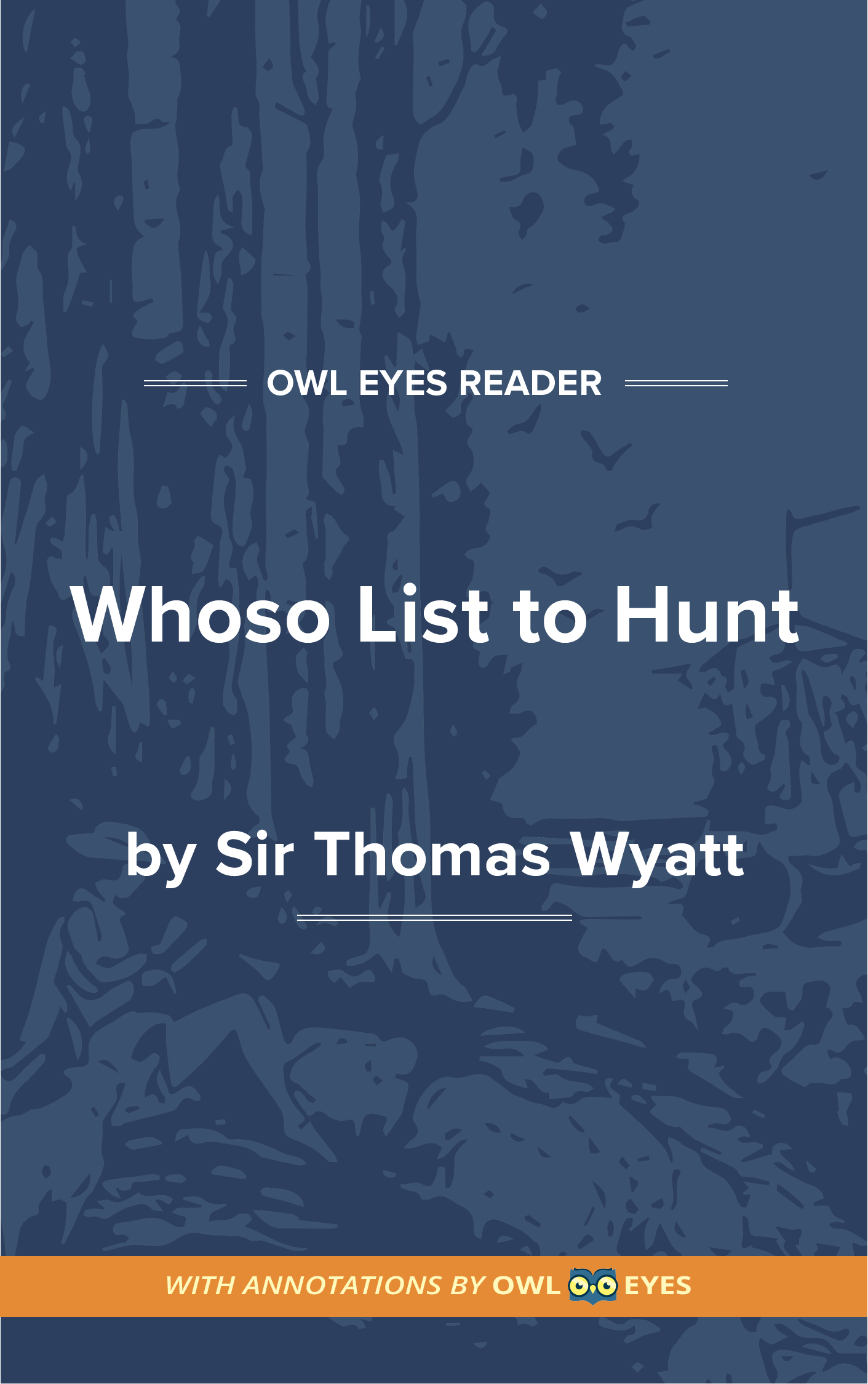 Sir Thomas Wyatt wrote “Whoso List to Hunt” in the 1530s or early 1540s, at the beginning of the English Renaissance. Wyatt was a courtier for King Henry VIII, and his duties took him to Italy, where he discovered the sonnets of Petrarch. “Whoso List to Hunt,” the first sonnet in English, is a loose interpolation of Petrarch’s Sonnet 190, which romanticizes courtly love from the perspective of a hunter admiring the beauty of a white deer who ultimately goes free. Wyatt, however, portrays courtly love as exhausting, frustrating, and dangerous—given that the hind is swift, “wild,” and owned by a mysterious yet powerful “Caesar.”