Are you a teacher? Subscribe today to access hundreds of premium teaching resources and lesson plans! close
close
close
close
« Library « Short Fiction « A Jury of Her Peers 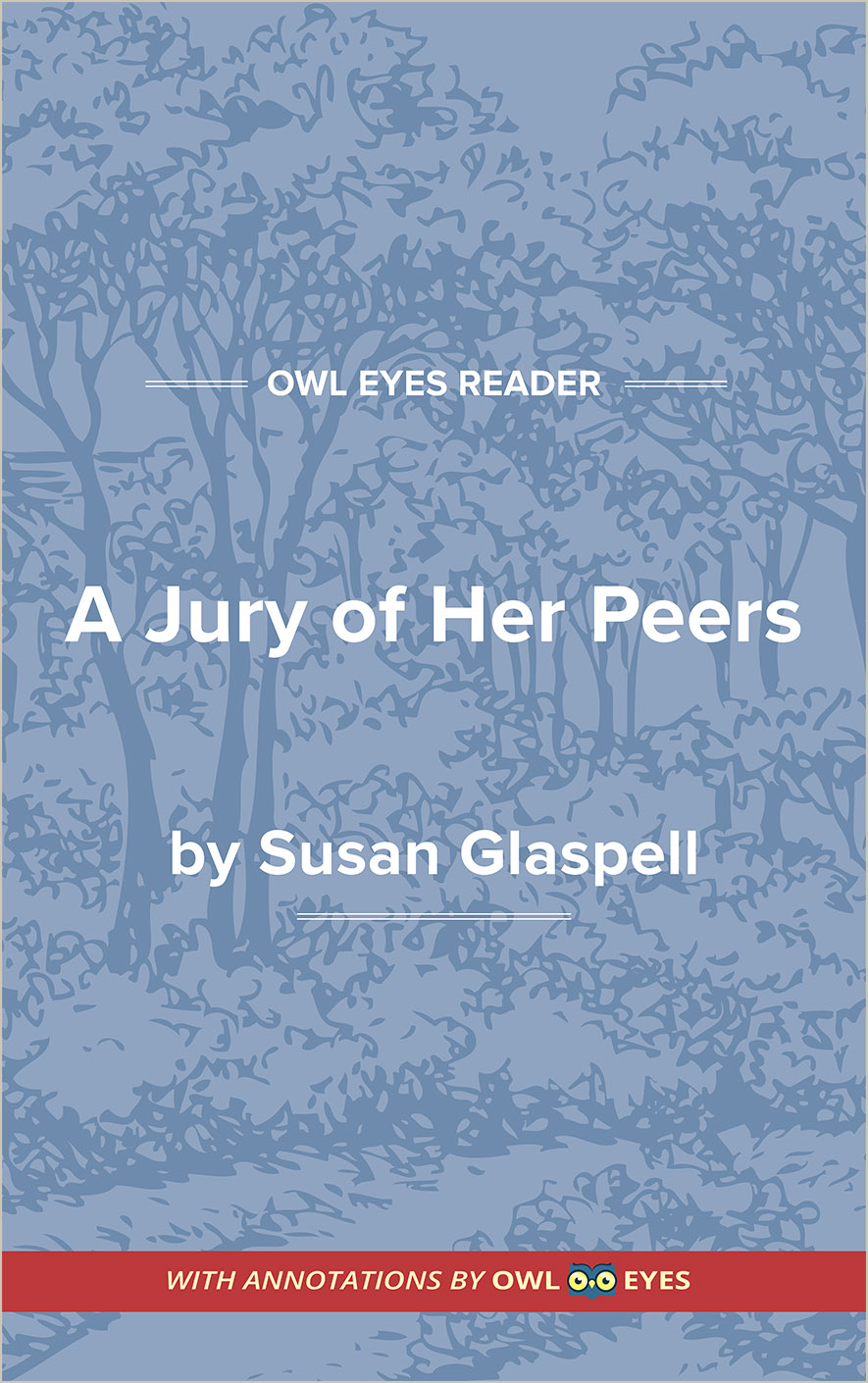 A Jury of Her Peers

Susan Glaspell’s haunting short story A Jury of Her Peers, was largely unrecognized at the time of its publication in 1917, as many knew Glaspell primarily for her career as a playwright. However, feminists in the 1970s revived Glaspell’s short story, applauding its innovative exploration of the gender inequalities affecting women’s lives in both the public and private spheres. Set in Iowa, where Glaspell was born and raised, A Jury of Her Peers tells the story of a day in the life of a woman named Martha Hale. It is no ordinary day however, as on this particular day Mrs. Hale accompanies her husband, and the sheriff, to investigate the home of Minnie Wright, a woman who has been accused of murdering her cruel husband, John Wright. Adapted from her 1916 play Trifles, Glaspell’s A Jury of Her Peers explores similar themes: male subjugation of women, sexism in the home and workplace, and the ways in which the law fails to protect women from violence.