Are you a teacher? Subscribe today to access hundreds of premium teaching resources and lesson plans! close
close
close
close
« Library « Nonfiction « A Vindication of the Rights of Woman « Mary Wollstonecraft Biography 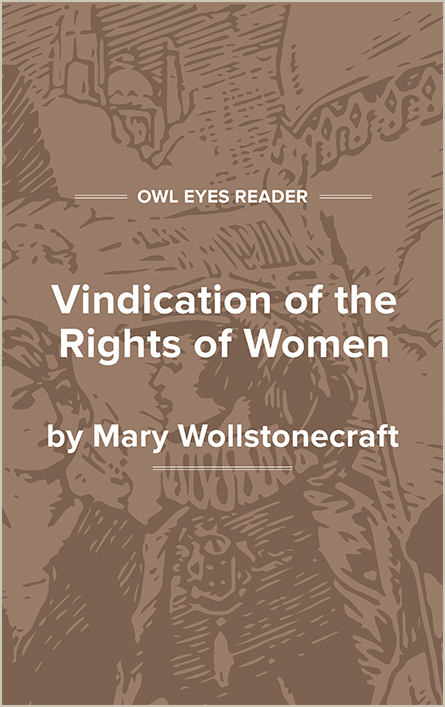 Article abstract: In challenging British institutions to extend the political liberties of the American and French Revolutions to women, Wollstonecraft developed a comprehensive feminist program.

Mary Wollstonecraft was born April 27, 1759, in London. She was the second of seven children born to Edward Wollstonecraft and his wife, Elizabeth, née Dickson. During the 1760’s, her father sold his prosperous weaving business to become a spendthrift, hard-drinking gentleman farmer. As a result, Mary spent much of her childhood in fear of paternal fits and brutalities, often directed at her mother. A witness early in life to the precarious, helpless status of women, she lost her own chance at financial independence when the elder Wollstonecraft dissipated his daughters’ legacies. Parental preference for the firstborn son, Edward, who was already favored by primogeniture, caused Mary later to attack the practice and contributed to her lasting resentment toward that brother. Though her formal education was limited to several years at the Yorkshire county day school, supplemented by shared lessons from the father of a friend, she engaged in continuous informal study casually directed by well-read acquaintances.

What turned out to be a lifelong headstrong bent facilitated Wollstonecraft’s first attempt at economic independence. At the age of nineteen, she accepted, in defiance of her parents, the position of live-in companion to the wealthy, widowed Mrs. Dawson in Bath, where she remained until called home in 1781 to nurse her ailing mother. After the latter’s death the following year, Wollstonecraft once more took charge of her future by giving up the secure but onerous job of companion in order to spend the next eighteen months in the congenial, albeit impoverished, home of her friend Fanny Blood.

Wollstonecraft’s strong-willed character asserted itself again in 1784, when she brazenly removed her sister Eliza from an abusive husband and put her, together with another sister and Blood, to work in a hastily established school for girls, which she superintended until late 1785. At that time the consumptive Blood, now married and living in Lisbon, required constant care. Wollstonecraft courageously undertook the journey to Lisbon alone, attended her already dying friend, and returned to London several weeks after the funeral to find her school failing and bankrupt. To acquit herself of accumulated debts, she persisted in securing a publisher for a hurriedly composed tract, Thoughts on the Education of Daughters, thereby establishing contacts for her future writing career. She met most of the many subsequent crises in her life with equal resilience and resolution, often by challenging established mores.

In 1786, however, Wollstonecraft’s literary prospects were as yet insufficient to vouchsafe a livelihood, and she reluctantly set out for Ireland as governess to the daughters of Lord and Lady Kingsborough. Her tenure in that fashionable environment lasted a mere ten months because of her refusal to acquiesce in the intrigues and whims of the lavish, aristocratic household. Instead, she invested her time completing the manuscript of her first novel. Determined never again to serve in a subservient capacity, she returned to London in search of an independent career, an audacious notion for a respectable, twenty-eight-year-old unmarried female.

In searching for a publisher, Wollstonecraft had the good fortune to associate with Joseph Johnson, a member of the Radical Dissenters, Protestant skeptics who were dedicated to reason and receptive to extending authorship to women. Johnson engaged Wollstonecraft as reviewer for his new periodical, The Analytical Review, and brought her together with like-minded Dissenters. He also published her collection of pedagogical vignettes, Original Stories from Real Life, and her first novel, Mary: A Fiction (1788). The latter is a rather artless, stylistically inept tale chronicling...