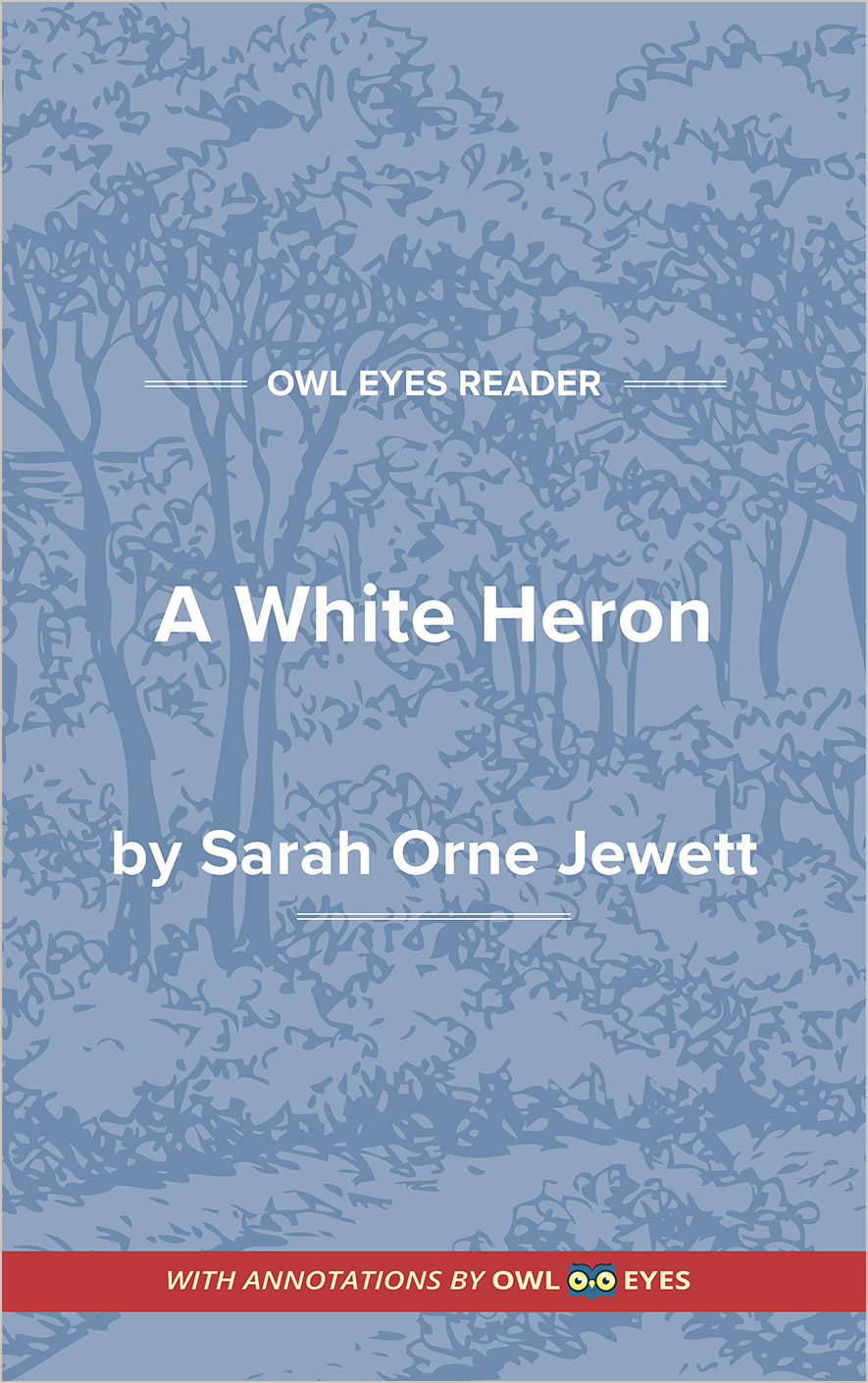 Sarah Orne Jewett’s “A White Heron,” the most popular of her short stories, is a prime example of a “local color” story in its depiction of the life of a particular region—in this case, her native Maine. Jewett explores the internal conflict that a transplanted city girl experiences between her newly acquired love for nature and her natural and awakening interest in the opposite sex. Sylvia, who knows where the rare white heron has its nest, must decide between an allegiance to the things of nature and the gratitude and friendship of the young hunter who seeks to add the white heron to his collection of stuffed birds.

In the first part of the story, Jewett establishes Sylvia as a “child of nature” who is somewhat wary of people. After having spent the first eight years of her life in a “crowded manufacturing town,” where she had been harassed by a “great red-faced boy,” she is now at home in the “out-of-doors.” Her grandmother, who rescued Sylvia from the city, believes that Sylvia had never been “alive” until her arrival at the farm. According to her grandmother, “the wild creatur’s counts her one o’ themselves.” In fact, when Sylvia first appears, she is driving home a cow named Mistress Moolly, which is described as Sylvia’s “valued companion.” Sylvia feels more at home with her “natural” society than she does with “folks.”

As a result, when she hears “a boy’s whistle, determined, and somewhat aggressive,” she is “horror-stricken,” but the young man overcomes her fear and accompanies her to her grandmother’s farm. Having spent the day hunting, he seeks food and shelter for the night, and Mrs. Tilley obliges him. The young hunter discusses his collection of birds, listens to Mrs. Tilley talk about her son Dan’s hunting, and learns that Sylvia “knows all about birds.” He then offers ten dollars for information about the whereabouts of the white heron. The next day, Sylvia accompanies him as he hunts, and his “kind and...