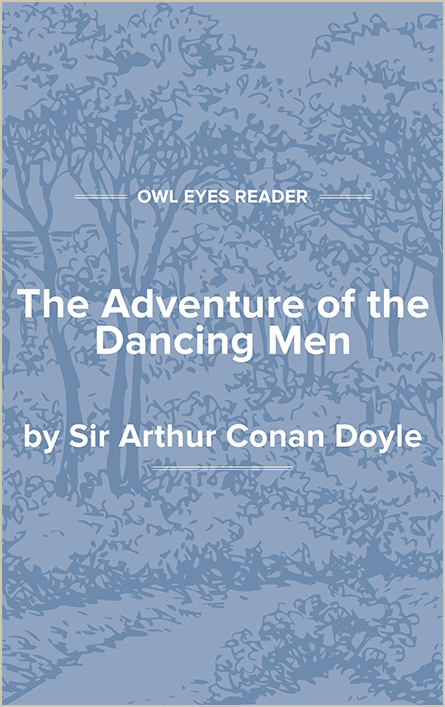 Facts in The Adventure of the Dancing Men

Facts Examples in The Adventure of the Dancing Men:

THE ADVENTURE OF THE DANCING MEN

Arthur Conan Doyle has acknowledged his indebtedness to Edgar Allan Poe for the creation of Sherlock Holmes, following many of the conventions established in Poe's tales of ratiocination, particularly "The Murders in the Rue Morgue," "The Purloined Letter, and "The Gold Bug." In "The Gold Bug" the protagonist, William Legrand, is able to read an encoded message on an old parchment in order to uncover a treasure buried by pirates many years earlier. Holmes is using the same method of cryptanalysis as Legrand in "The Gold Bug."