Are you a teacher? Subscribe today to access hundreds of premium teaching resources and lesson plans! close
close
close
close
« Library « Short Fiction « The Adventure of the Speckled Band « Summary 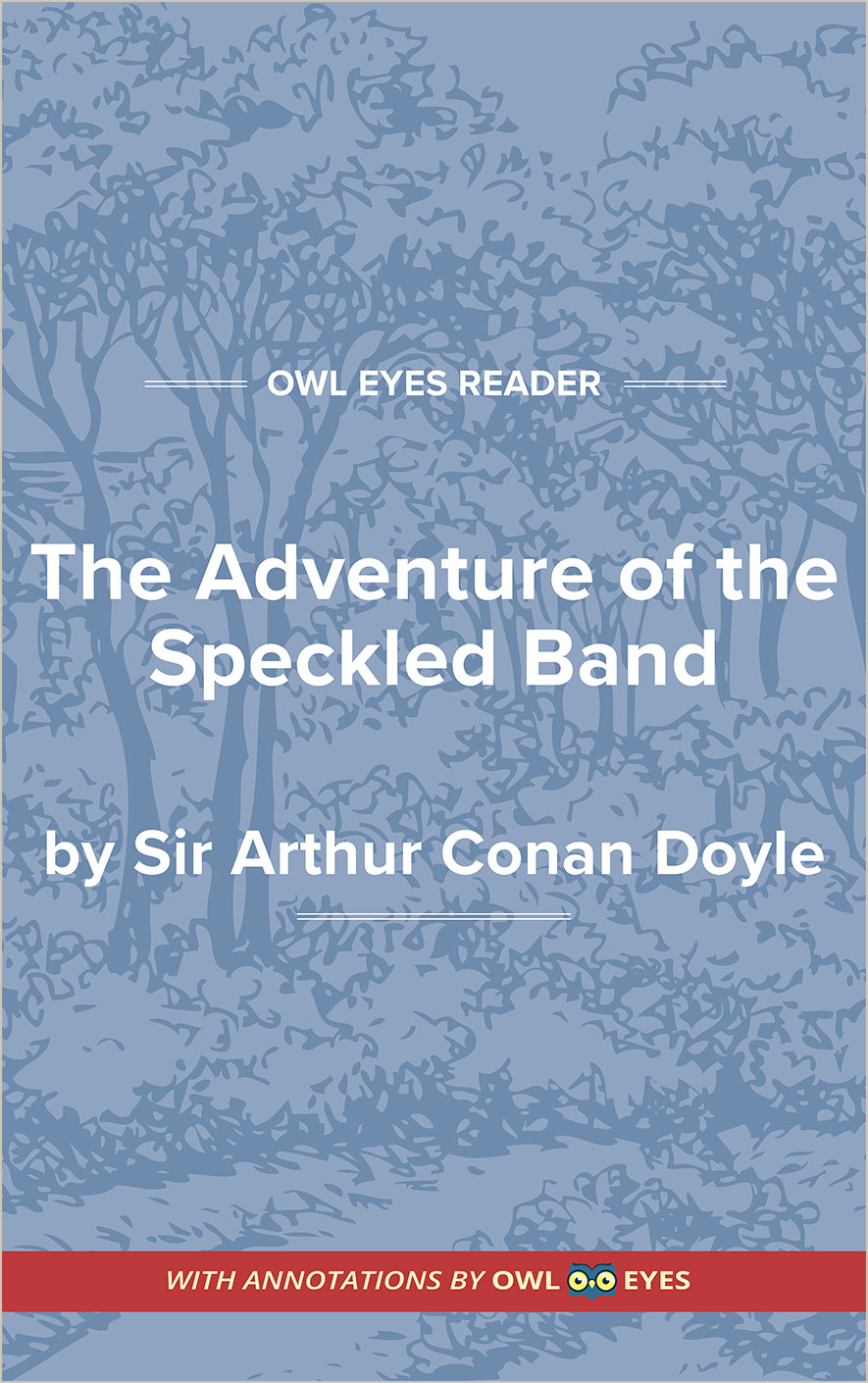 Sherlock Holmes and Dr. Watson rise unusually early one morning to meet Helen Stoner, a young woman who fears that her life is being threatened by her stepfather, Sir Grimesby Roylott, a doctor who practiced in India and who was married to Helen’s mother there. Helen’s sister has died almost two years earlier, shortly before she was to be married. Helen had heard her sister’s dying words, “The speckled band!” but had been unable to understand their meaning. Now Helen, too, is engaged, and she has begun to hear strange noises and to observe strange activities around Stoke Moran, the estate where she and her stepfather live.

Sir Grimesby Roylott does keep strange company at the estate. He befriends a band of Gypsies on the property and keeps as pets a cheetah and a baboon. For some time, he has been making modifications to the house: Before Helen’s sister’s death, he had modifications made inside the house, and now he is having the outside wall repaired, forcing Helen to move into the room where her sister died.

Holmes listens carefully to Helen’s story and agrees to take the case. He plans a visit to the manor later in the day. Before he can leave, however, he is visited by Roylott, who threatens him should he interfere. Undaunted, Holmes proceeds, first to the courthouse, where he examines Helen’s mother’s will, and then to the countryside.

At Stoke Moran, Holmes inspects the premises carefully inside and out. Among the strange features that he discovers are a bed anchored to...