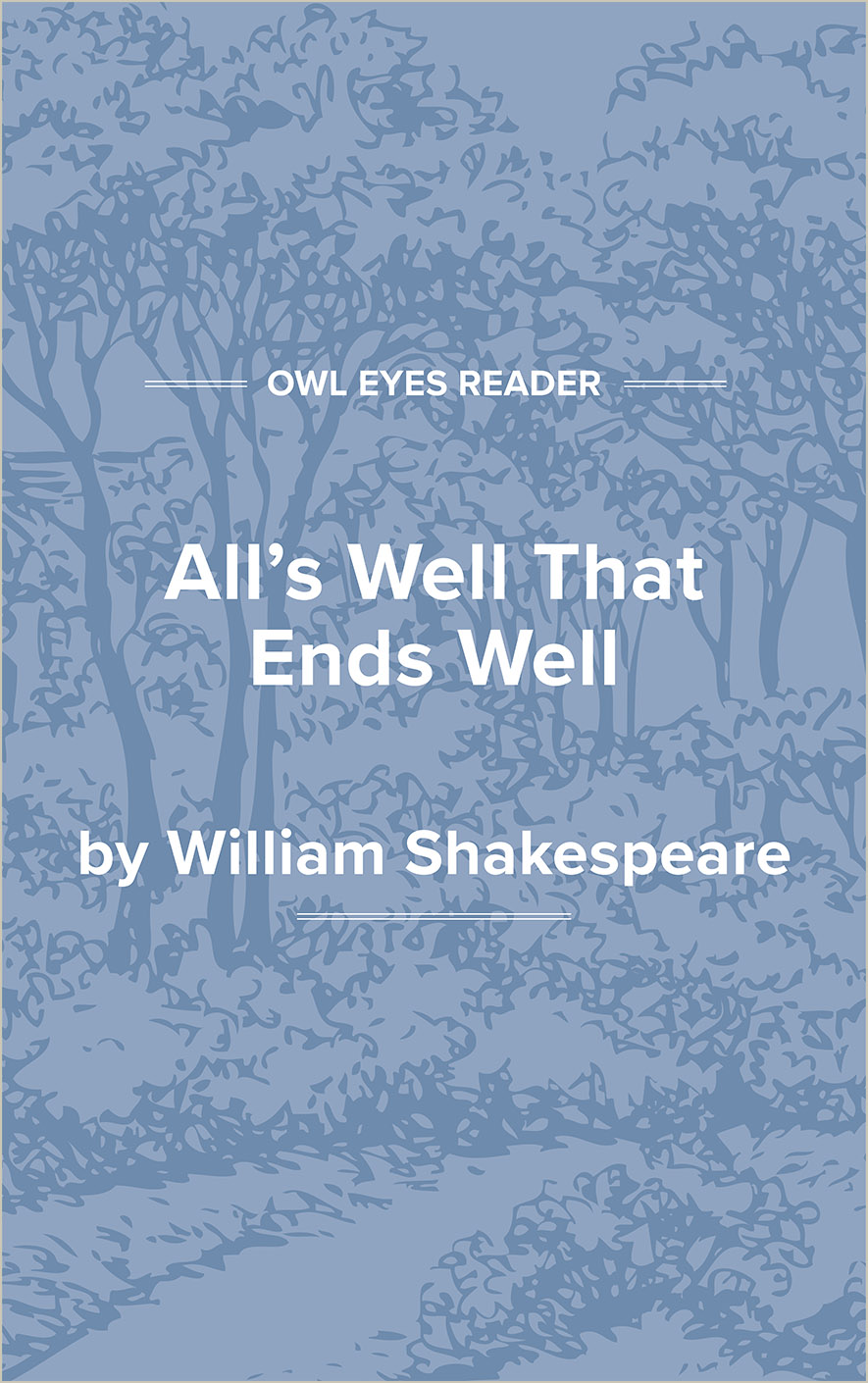 This play begins with the main characters thinking about the deaths of two important people in their lives: Bertram's father and Helena's father. Helena is upset because these deaths have disrupted their lives, and Bertram, her love, must go to Paris to serve the king. She is not of high enough social status to go with him, but in this second soliloquy, she says that it is not a matter of fate; she will take matters into her own hands and go after Bertram despite the odds.

"Oft expectation fails, and most oft there Where most it promises..."  See in text (Act II - Act II, Scene 1)

The king has his reasons for being skeptical that any medicine will cure him, and the thought of a female doctor treating him was unheard of at the time. However, Helena manages to skillfully use rhetoric and language, such as in this passage, to finally convince the king to allow her to try and cure his illness.

While the King of France has mostly given up on medicine and doubts his recovers, Lafew insists that there is a doctor that can save the king, the hero of the play, Helena. Lafew uses poetic images such as "breathe life into a stone" to convince the king of Helena's healing powers.

Having cured the king, Helena was able to choose a reward. She chooses to marry whomever she wishes, and Bertram is her choice. However, he refuses to marry her unless other requirements are met, and Helena's plot to achieve these means grows darker at the end of this third act.