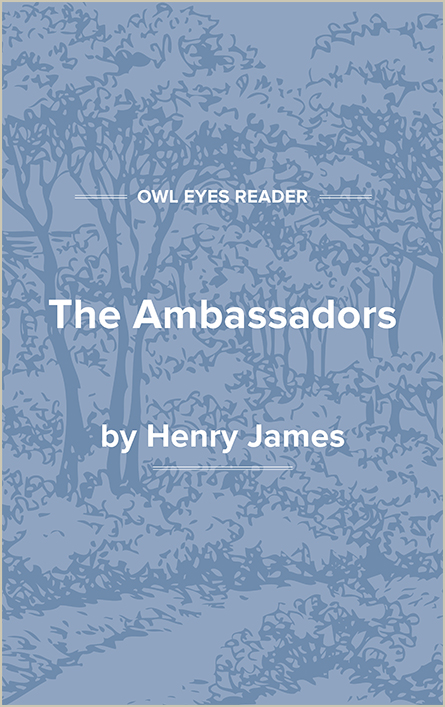 Character Analysis in The Ambassadors

Character Analysis Examples in The Ambassadors:

" "It's really quite as indispensable as I say that Chad should be got back." "Indispensable to whom? To you?" "Yes," Strether presently said. "Because if you get him you also get Mrs. Newsome?" Strether faced it. "Yes." "And if you don't get him you don't get her?" It might be merciless, but he continued not to flinch. "I think it might have some effect on our personal understanding...."  See in text (Book Third - I)

These lines of dialogue between Strether and his acute friend Waymarsh establish Strether's whole motivation for coming to Europe. He can marry his wealthy patroness Mrs. Newsome if he succeeds in persuading her son Chad to return to America. But if he does not succeed, he probably won't be able to marry her. He obviously has a small private income, but he can only feel secure at his late stage in life is he marries a wealthy woman.