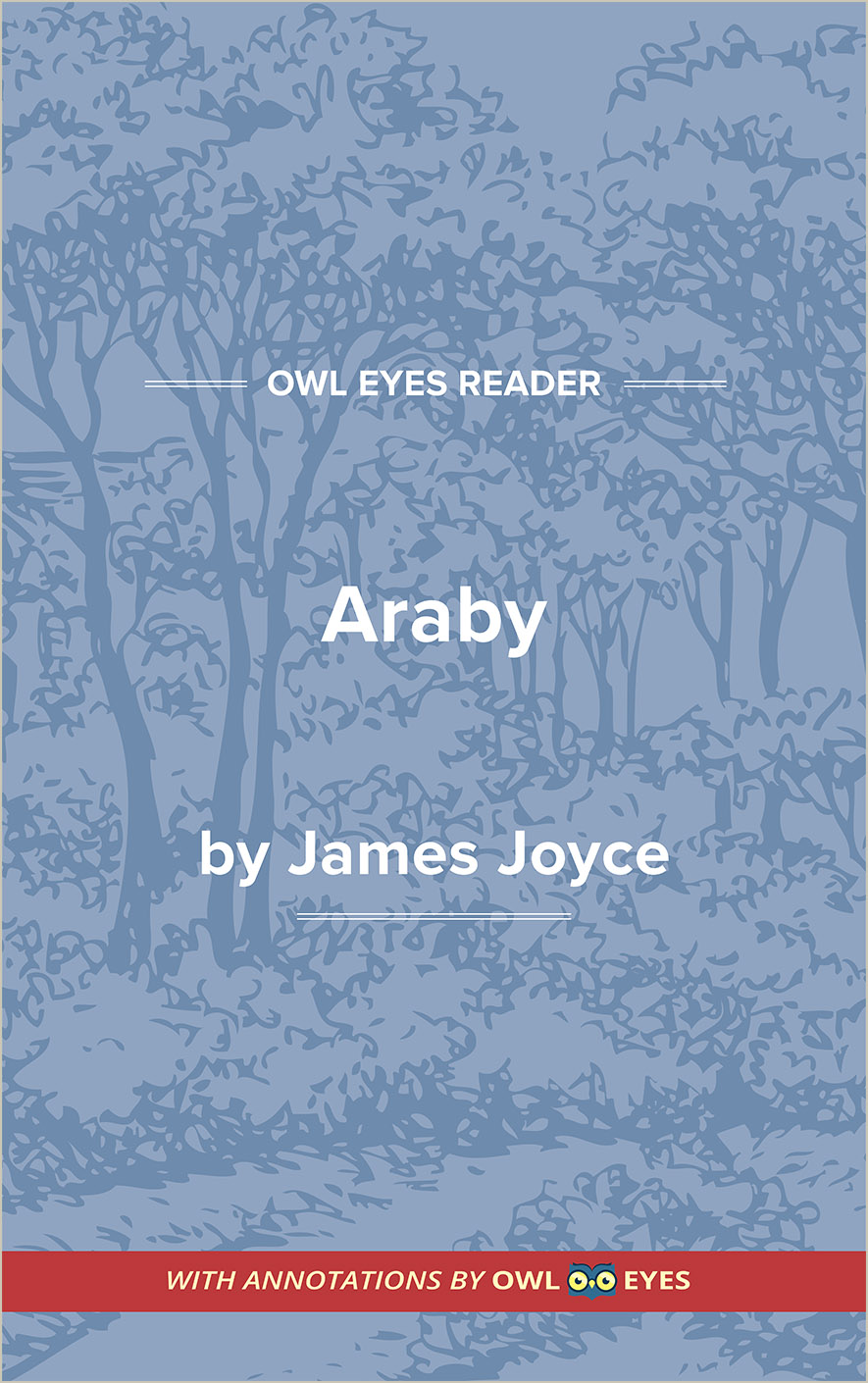 Told from the perspective of a young boy, whose name we never learn, the events of “Araby” are fueled by the narrator’s infatuation with a girl known only as “Mangan’s sister.” She is disappointed that she cannot attend the Araby bazaar, and in an effort to earn her favor, the narrator promises to attend and bring her back a gift. His journey is delayed by the late arrival of his uncle, and by the time he finally makes it to the bazaar most of the stalls are closed for the day. The saleswoman at one of the few open stalls is unkind and that exchange, coupled with his disappointment in the day, causes him to not buy anything at all. The story ends with the narrator in the middle of the bazaar, utterly disillusioned.

This short scene represents the turning point of the story as the boy's situation worsens. Joyce's inclusion of English accents indicates that this Irish boy is in unfriendly territory because the British are running the bazaar. The short conversation they have is so ordinary as to be vulgar, and the boy begins to realize that his quest was not the sacred journey he thought it was.

As mentioned earlier with the romantic notions of the bazaar, this statement represents the foundation of story's climax. The boy makes a vow to the girl, which strongly suggests the quest of a knight.