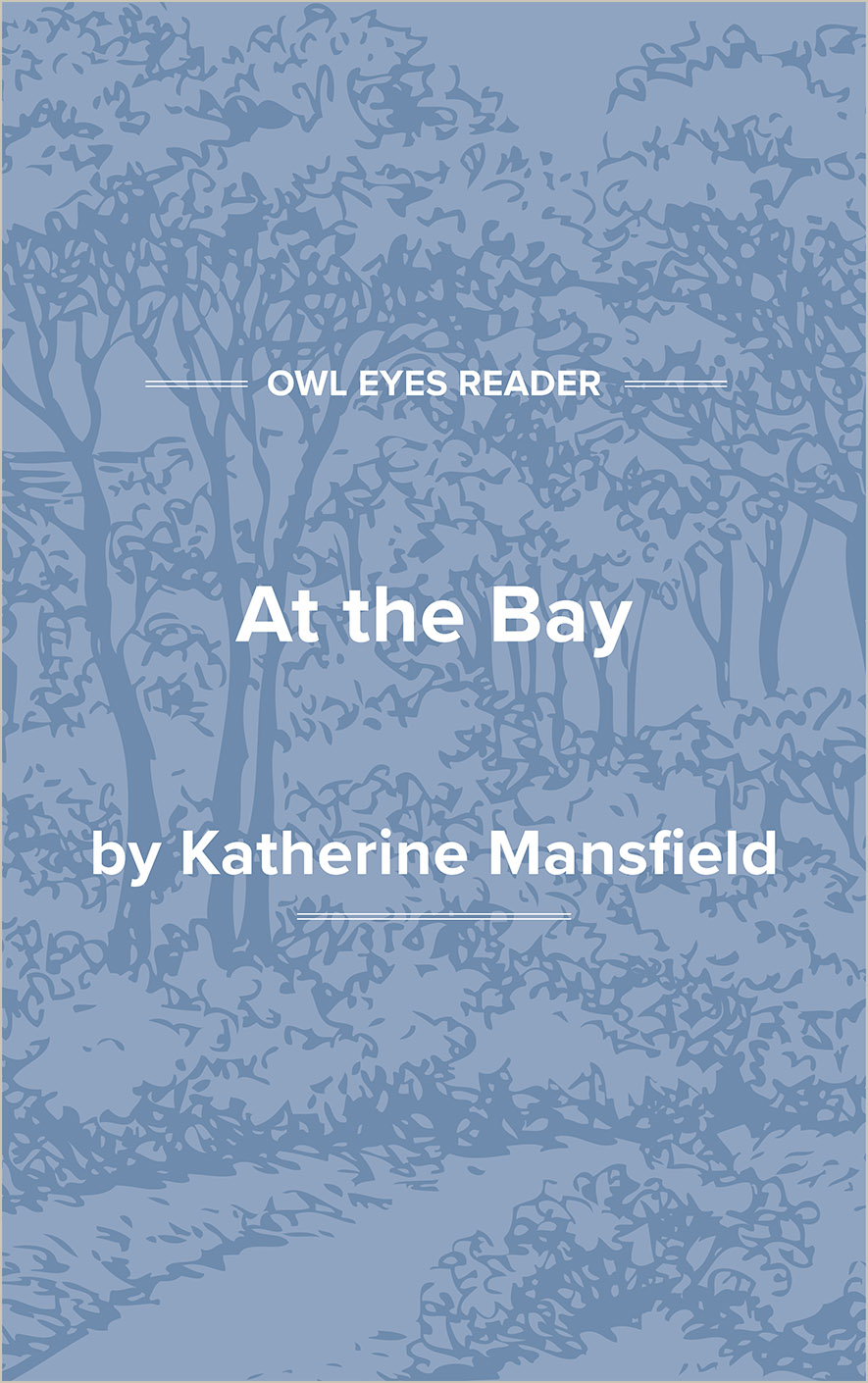 Although written four years later, “At the Bay” was conceived as a continuation of “Prelude.” Like the earlier story, “At the Bay” is organized around time in all of its various aspects, the design of the story functioning symbolically as part of the overall meaning that derives from the integration of themes. The story begins at the moment the sun rises over Crescent Bay and concludes on the evening of the same day.

The meticulous record of that day in terms of time and the household routines of the Burnell family provides a summary of the action of the story, the careful delineation of sequential time causing plot to become symbolic action. Stanley, the first to arise, goes to the beach to swim in the bay, but he finds his brother-in-law, Jonathan Trout, there before him. After his swim, Stanley returns to the cottage and dresses while breakfast is being prepared by Beryl and Mrs. Fairchild. Stanley allows twenty-five minutes to have breakfast with them and the children. Linda remains in bed. After much frenzied activity, Stanley leaves for work, and the children are sent out to play. The women relax with another cup of tea. At exactly eleven o’clock, they all go to the beach—except Linda, who sits in the garden while the new baby sleeps. The children play at the beach with their cousins, Rags and Pip, and Beryl, despite her mother’s disapproval, leaves the family group to swim with Mrs. Harry Kember.

After lunch, Mrs. Fairchild and the children take an afternoon rest. Beryl washes her hair and then goes out to play bridge with Mrs. Kember. Alice, the servant girl, has the afternoon off and goes into town to visit with Mrs. Stubbs. After tea, the children go out to play in the garden, while Mrs. Fairchild gives the baby his bath. Linda walks in the garden until sunset, when Jonathan comes to take the boys home, and Stanley returns from the city. After dinner the day has ended for everyone except Beryl, who, late at night, after everyone is asleep, walks with Mr. Kember in the garden.

Although in both “Prelude” and “At the Bay” it is difficult to name a protagonist (all the female characters seem to merge into a collective identity, with each single character suggesting an aspect of the female psyche), if it is necessary to name a protagonist, it is arguable that in “At the Bay” Beryl emerges as the principal figure. For Beryl, the day is one of disquieting discovery and frustrated attempts to...