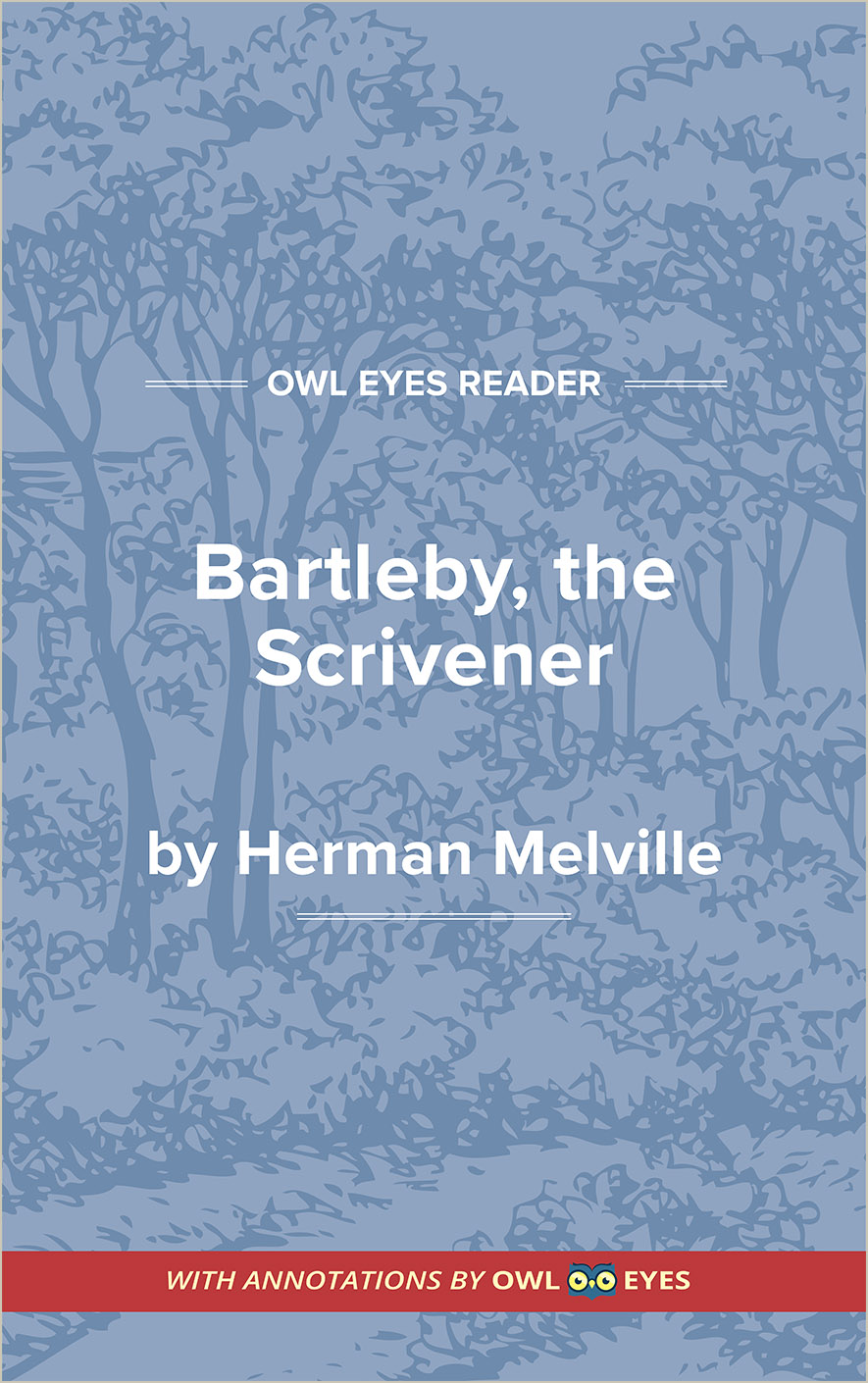 Literary Devices in Bartleby, the Scrivener: A Story of Wall Street

Repetition: Bartleby’s refrain of “I would prefer not to” is repeated more than twenty times throughout this short story. Such repetition without a rationale explanation serves a purpose: it causes anger and frustration in the readers which mimics the lawyer’s own issues with Bartleby.

Literary Devices Examples in Bartleby, the Scrivener: A Story of Wall Street:

"Imagine my surprise, nay, my consternation, when without moving from his privacy, Bartleby in a singularly mild, firm voice, replied, “I would prefer not to.”..."  See in text (Bartleby, the Scrivener)

Bartleby’s first words serve as a common refrain repeated throughout the narrative. Many scholars have heralded Bartleby’s statement as a declaration of passive resistance. While it certainly can be read this way, it is important to consider the grammar and meaning of the words employed. The past tense modal verb “would” is used to indicate polite deference; the verb “to prefer” means to indicate a preference or a predisposition for one thing over another. Bartleby is essentially indicating that he would rather not perform such work, but he is also not refusing to do so. That he is allowed to have his way is entirely due to the lawyer’s willingness to indulge him.

"I am a man who, from his youth upwards, has been filled with a profound conviction that the easiest way of life is the best...."  See in text (Bartleby, the Scrivener)

This is one of the few instances of the lawyer talking about himself. The story that follows reveals this statement to be largely untrue. Careful readers will notice that the way the lawyer-narrator presents himself is not supported by his actions—in particular, consider how he deals with the behavior of not only Turkey and Nippers but also Bartleby. Such a blanket statement ought to give readers pause and read closely to learn more about the lawyer.