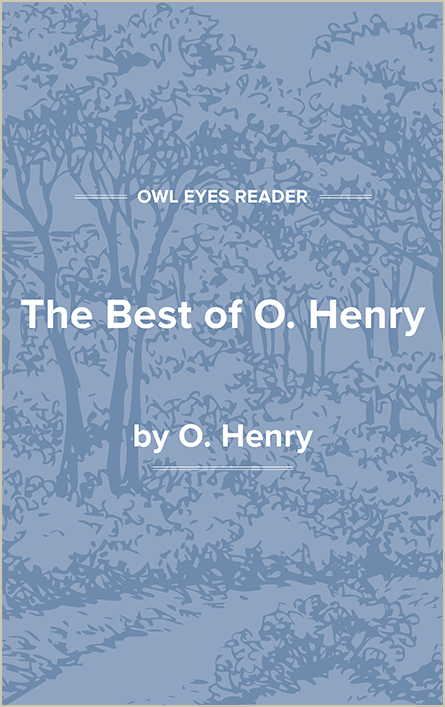 Irony in The Best of O. Henry

Irony Examples in The Best of O. Henry:

"“I rented out my third-floor-back this evening,” said Mrs. Purdy,..."  See in text (The Furnished Room)

O. Henry's characteristic surprise ending will be delivered through the conversation of these two women in a little vignette. Surprise endings were not only O. Henry's trademark, but he typically presented them in the form of dialogue. For example, in his story "The Last Leaf," Sue will tell Johnsy in a separate little scene: "Didn't you wonder why it never fluttered or moved when the wind blew? Ah, darling, it's Behrman's masterpiece—he painted it there the night that the last leaf fell.” And in O. Henry's famous story "The Gift of the Magi," Jim's arrival is mainly staged to have him deliver the surprise ending in dialogue form: “Dell,” said he, “let's put our Christmas presents away and keep ’em a while. They're too nice to use just at present. I sold the watch to get the money to buy your combs. And now suppose you put the chops on.”