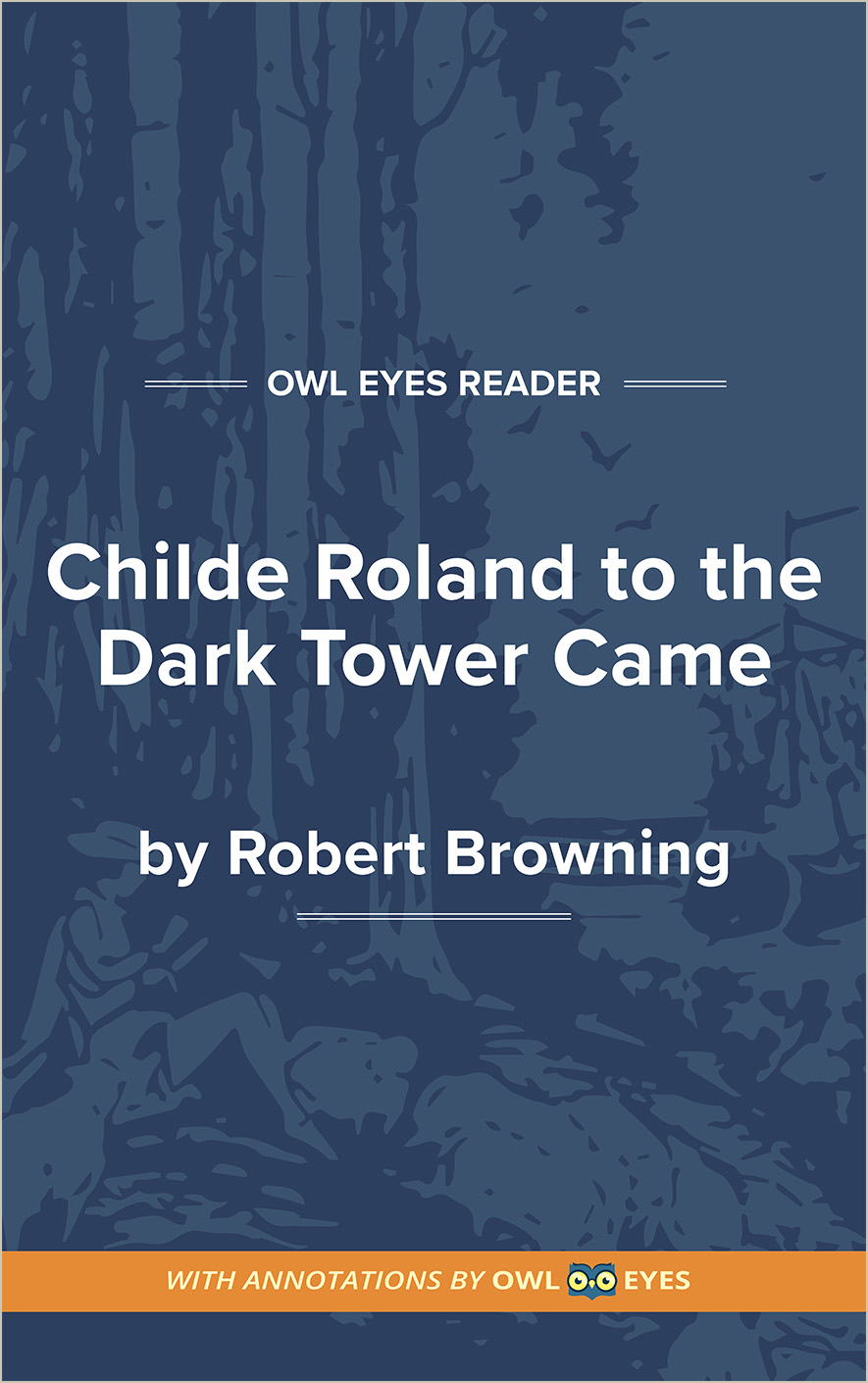 "Childe Roland" symbolizes the conquest of despair by fealty to the ideal. Browning emphatically disclaimed any precise allegorical intention in this poem. He acknowledged only an ideal purport in which the significance of the whole, as suggesting a vision of life and the saving power of constancy, had its due place. Certain picturesque materials which had made their impressions on the poet's mind contributed towards the building up of this realistic fantasy: a tower he saw in the Carrara Mountains; a painting which caught his eye later in Paris; the figure of a horse in the tapestry in his own drawing-room—welded together with the remembrance of the line cited from King Lear, act III, scene IV, which last, it should be remembered, has a background of ballads and legend cycles of which a man like Browning was not unaware.