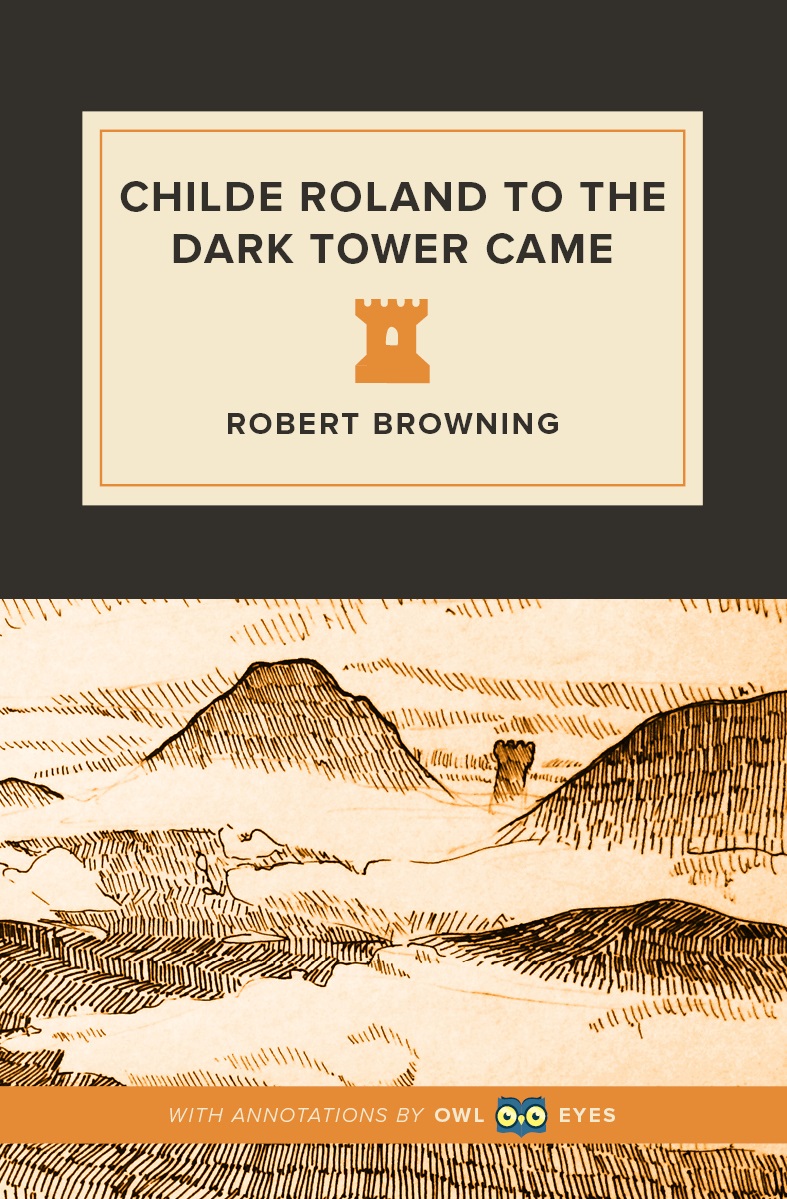 Plot in Childe Roland to the Dark Tower Came

Plot Examples in Childe Roland to the Dark Tower Came:

The noun “knights” conjures images of chivalric tales, in which heroes battle evil and retrieve priceless treasures, as in the Arthurian Legends. The word “Childe” in the poem’s title refers to an untested knight, one who has yet to be granted knighthood. If the speaker is indeed the titular Roland, then his quest may be the test he faces in order to become a knight.

"I had so long suffered in this quest,..."  See in text (Childe Roland to the Dark Tower Came)

The speaker affirms that his journey has purpose; he seeks the Dark Tower for a particular reason. Quest narratives in prose and verse generally feature a seeker, a destination, a stated reason for going there, trials and tribulations on the journey, and finally a real, or revealed, reason for going there. While Browning’s speaker’s quest includes nearly all of these features, the stated reason is notably absent; readers do not know why he seeks the Dark Tower. This places more emphasis on the journey itself and the challenges the speaker faces, since his background and motivation remain a mystery.

"So much as gladness that some end might be...."  See in text (Childe Roland to the Dark Tower Came)

The prospect of finding the Dark Tower does not necessarily fill the speaker with joy. Since “neither pride nor hope” comes from the decision to accept the hoary cripple’s advice, the speaker acknowledges that his only solace comes from knowing that he is approaching the end of his quest. For him, any end—even failing to find the Dark Tower—is preferable. Regardless of whether or not the hoary cripple has malicious intent, the speaker resigns himself to whatever end may come.