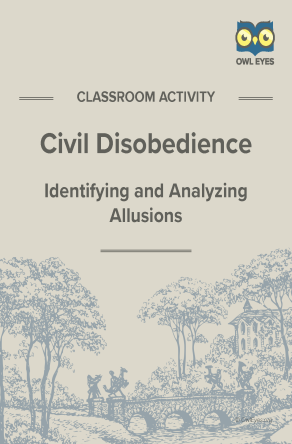 In 1859 Henry David Thoreau wrote “Civil Disobedience,” an essay in which he lays out his political philosophy and deep distrust of government. Thoreau had been motivated to write the piece after spending a night in jail for tax evasion, an event that surely fanned the flames of his noncompliance. As in his other writings, Thoreau makes frequent use of allusion, drawing on texts and events from throughout world history as he crafts his often idiosyncratic arguments. As the essay unfolds, Thoreau extends the Jeffersonian dictum that “that government is best which governs least” to “that government is best which governs not at all.”